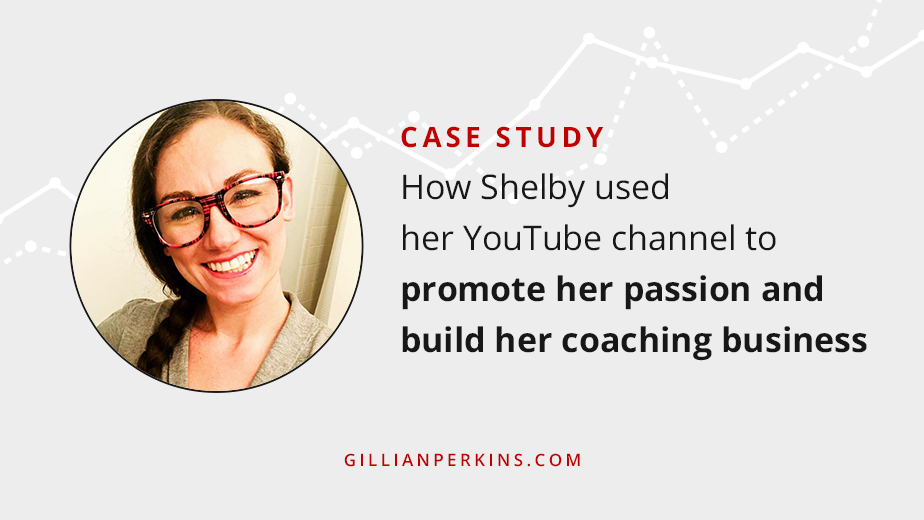 How would you like to have 170 subscribers the very first day you launch your channel? And, not just any channel… a channel about something you LOVE? That’s Shelby’s story, and after joining Creator Fast Track, she is confident in her ability to reach 1,000 subscribers and beyond and to use this platform as a sounding board for her passion.

Shelby is a classically trained actress who loves Shakespeare. When the COVID-19 pandemic hit, all her in-person gigs and contracts disappeared. Though she was supplementing her income as an online acting coach, she missed her performing roles. That’s when she decided to start her own performance on YouTube! She knew that the channel could also be a great way to draw in additional students for her coaching business.

“I would love to be THE Shakespeare resource on this platform!” – Shelby Lewis

The main problem she faced starting out was the fear and nerves of putting herself out there in a whole new way. Would what she created be worth watching, and would she be good enough? This mental hurdle of believing in herself, building up her confidence, and adjusting to a new stage challenged Shelby.

Despite those hurdles, she took the leap of faith and started. The first day she publicly launched her channel, she hit 170 subscribers! This is the exact strategy Gillian teaches in CFT because she’s a big believer that how you start the beginning sets the pace for how your channel grows.

One of the biggest challenges that motivated Shelby to join Creator Fast Track was being unsure of how she was going to take that leap from 100 to 1,000 subscribers. Doing the mental math of how many subscribers she was getting per video, she realized it would take her a long time to get to where she wanted if she didn’t change something.

Gillian asked how much it would be worth to her to have a proven strategy for growing her channel. After some thought, Shelby came up with a dollar amount. It was helpful for her to put a value on the program for the little budget she had, and she was blown away when she discovered how much less Creator Fast Track cost than the number she’d written down.

“Creator Fast Track seemed very clean. It seemed approachable. Everything was very intuitive, and I appreciated the PDF resources. I felt like I could get an overview within a few clicks. Brand-wise I already trusted that the content would be good, and then for the user experience to be so simple and pleasant! It felt encouraging the whole way through and very easy to navigate. It was something pleasurable rather than, okay, I have to go do an assignment.”

Shelby reached more than 100 subscribers on her first day of launching her channel, one video received 224 views in 24 hours, and she’s well on her way to 1,000. She can see it more clearly and is confident that the silver 100k YouTube plaque is attainable for her.

Much of on-stage acting is out of her control, but her YouTube channel is completely in her control. She says it’s a really good balance going forward, and both will serve each other as she builds her acting portfolio each week and influences the world with Shakespeare.

“I would highly recommend CFT no matter where you’re at in your YouTube journey. I feel like just from Gillian’s channel, I got enough confidence to try, and then this program swooped in and gave me everything else in a very detailed way that felt like it was completely catered to me at whatever stage I was in. I’m going through the course again right now, and it’s reaffirming why I got it in the first place.”