Day Not Going to Plan? Read This - Gillian Perkins

Day Not Going to Plan? Read This 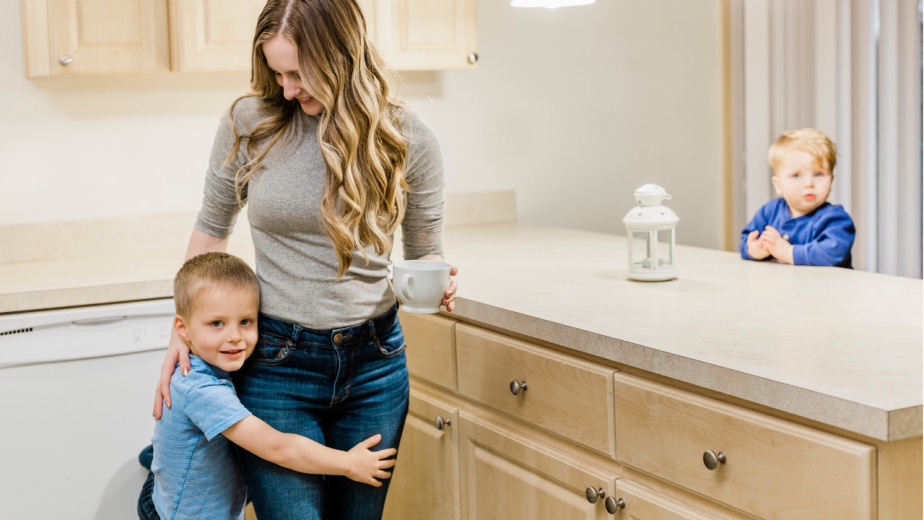 As I’m writing this, it’s 8:55 pm on Tuesday evening, and today did NOT go as planned.

>> This morning, I found out that my operations manager and I had miscommunicated on the schedule of a promotion, and that we now wouldn’t have any time to advertise it. Which, basically, means that we’ll miss out on a LOT of potential profit. ?

>> Then, a little while later, I was analyzing some of our sales systems and discovered that one of our funnels — which I thought was converting at over 8% — was, in fact, converting at about 1.8%. Which isn’t great. ?

>> And then, at 4 pm, everything broke loose. I discovered that today’s YouTube video wasn’t ready to publish yet (and I’d failed to create a thumbnail!). ?

… not only that but my husband left to go pick up some vegetables from the farm (“The kids are happily playing,” he said as he left). 15 minutes later, the baby was wailing. I came out to see what was the matter, and all the children started yelling, “I’m hungry!!” ?

…which wouldn’t have been a big deal, except, I really needed to work on that YouTube video.

I had a video conference scheduled for 4:30 pm.

We had company coming for dinner at 6 pm.

Somehow, after frantically shoveling food into my bottomless-pit children’s mouths, running around cleaning/cooking like a crazy person, and dashing into my office several times, by 5:30 pm the YouTube video was finally live and the house was (mostly) presentable.

Dinner wasn’t ready yet, but, hey, cooking can be a social activity, right? ???

No, the moral of this story isn’t “all’s well that ends well.”

It’s this: life happens. There are bumps along the road — sometimes lots of them. And it can make for a kind of jarring ride.

But, if your day — like mine — isn’t exactly going “as planned,” then remember this: those hiccups are what make things interesting.

They’re the adventures. The problems to be solved. The challenges that develop us and help us to grow.

Of course, though, it depends a lot on our attitude. We can’t learn from the bumps and detours if we’re 100% distracted by the fact that we’re off track.

But when we look for the good in things, well, we can often find it.

Finally, if your day isn’t going as planned, know that you’re not alone. It happens to us all.

Here’s to your success — even if it doesn’t look like you expected.

While your day will not always go to plan, it is important to plan out your business. I’ve created the easiest business plan ever to follow for those days where things don’t go to plan. https://gillianperkins.com/download-easiest-business-plan-ever/

Short on time? How to work SMARTER, not HARDER

Here’s what I’d do if I had to START OVER.

How my OBM got started [Get Started Online – Episode 1]