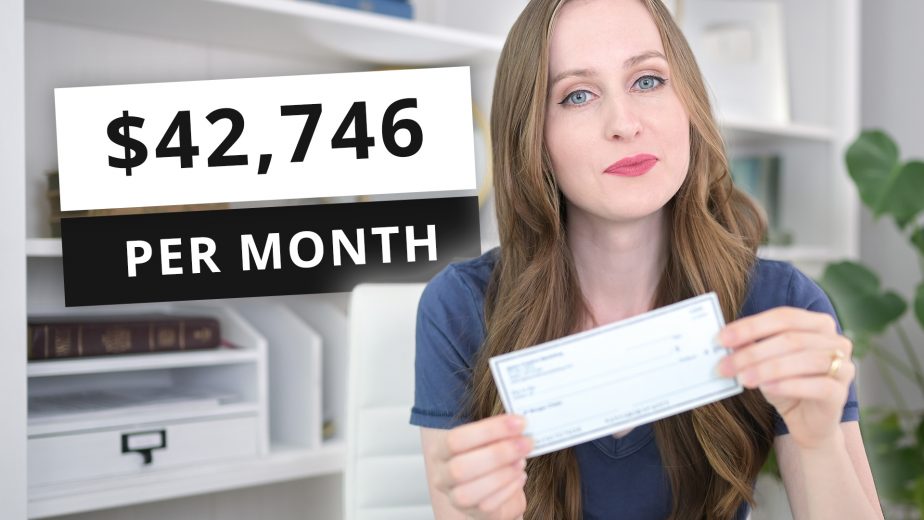 These days, I’m pretty sure everyone knows the benefits of developing multiple streams of income. But this idea was only beginning to gain popularity 10 years ago when I first started working on building mine.

I first encountered multiple streams of revenue in books like The 4-Hour Workweek and Rich Dad, Poor Dad, but it was a character flaw, more than anything else, that led me to start building mine.

Simply put, I’m not very good at focusing on one thing at a time. I get discouraged quickly, and my latest ideas always seem the most exciting.

And so, as I started adventuring into the world of entrepreneurship, investing, and making money online, multiple streams of income started just popping up because I kept dabbling in new, experimental ventures.

This has its drawbacks. Namely:

Today, several years down the road, I’ve paired the list down a bit and made the conscious choice to go deeper rather than wider. And it’s been a great change! While there’s still plenty of room for growth, my current income level is my personal record.

About four years ago I sold the local business I’d started in high school. It was just a small business, so its sale didn’t result in a very large amount of monthly income, but I’m thankful for it, nonetheless. Especially in the early days of my online business, this extra, baseline level of income helped make things a lot more stable.

A couple of stats about this income:

Of all my streams of revenue, this one definitely took the most effort to create. However, it also provided a good job for me during the 10 years that I ran the company, so the profit from selling it was really just a nice bonus; almost just like a small exit package.

In retrospect, I could have done a lot more to increase that business’s value and make it more sellable, but that wasn’t my priority as I built it. You live and learn!

As you probably know, YouTube pays creators for ads that the platform runs on their videos. These payments are based on ad rates and the number of people who click on the ads.

For example, if a particular company was paying $0.60/click, and 100 people clicked on that ad, then YouTube would earn $60. YouTube pays creators 50% of the ad revenue they earn. (So, in this example, the creator would have earned $30.

I started my YouTube channel in 2017 and it took about 3 ½ months before it started earning any money. The first month (month four) I earned $113, and from there the income grew exponentially. By the end of the year I was earning over $1,000/month, and by the end of 2018, I was earning nearly $3,000/month.

My YouTube income reached its “peak” around the end of 2019, earning about $7,000/month, and then leveled off to around $5,000/month. It’s stayed very steady at that level for the past two years.

While YouTube isn’t my largest source of income, it’s one of my favorites… here’s why: I’d happily make videos every week even if YouTube didn’t pay me anything. So the fact that they pay me over $60,000/year for something I’d do for free is bonkers!

Why would I happily make videos for free? Because they grow my brand like crazy-business, adding 5,000 –  6,000 new subscribers to my list every single month. And YouTube is also one of our top sources of new customers!

Okay, so first of all: what is “affiliate revenue”? Basically, it’s when you earn a kickback from promoting products sold by other companies.

This kickback, or commission, can range from 4% – 50%, and the beauty is that you get to earn a pretty healthy “profit margin” without having to create or deliver the product yourself. In other words, you just focus on marketing, meaning that most of your revenue is actually profit.

Affiliate marketing has a reputation for a) being easy money, and b) being sleazy. I think this is because “influencers” often promote products they don’t actually believe in.

Personally, I’ve always steered far away from any sleaze… which may be why I never found earning affiliate revenue to be “easy” at all.

Don’t get me wrong. Compared to some of my other sources of income (building and selling a business, selling online courses, and running a membership program, to be specific), affiliate marketing is pretty easy.

But it didn’t come easily. In fact, it took me years to earn a single dollar with this method.

Once my audience finally grew and more people were consuming my content, I found it became a lot easier. However, even today, I don’t put much emphasis on this income stream. It’s just not my focus. Even if the profit margins are a bit better selling other people’s products, I’m too conscious that using my platform to promote those other products means I’m not using it to promote my own. And that means I’m missing out on the opportunity to grow my brand and create longer-term results.

Is AFFILIATE MARKETING a good way to earn passive income?

Selling online courses is one of my two primary sources of income.

I started trying to sell courses back in 2015, but at first it didn’t work at all. Literally, I built an entire course and tried to sell it for months, but didn’t earn a single dollar. One thing was sure: I was doing something wrong!

After trying and failing a couple (few?) more times, I finally realized I needed to make two big changes:

Once I finally had my first successful launch, the ball was rolling and I’ve been able to pretty steadily scale this revenue stream for the past 3-4 years. My course sale revenue is a combination of seasonal launches and a couple evergreen funnels we have running all year round.

One stream of revenue that I knew I wanted from day one of building my online business was that of a membership site.

A membership site is a “subscription product” that customers sign up to pay for and have access to every month. The great thing about it is that it means you’re able to work with your customers in an ongoing fashion and get paid over and over again for what you’re providing them.

However, as much as I wanted to create a product like this, I also wanted to make sure that I did it the right way. That meant…

But, finally, the time was right. Finally, I had a real, solid idea for a unique value I could bring to the market. And, right around the same time, finally, my audience was big enough to give the program a real chance of being profitable.

I launched Startup Society in 2018, and, “in less than a week” I created a $10K+ revenue stream (that’s now earned me several hundred thousand dollars). Of course, as with most “overnight successes”, this project actually took a lot longer than it looked like from the outside, but when everything finally culminated, a large stream of revenue was created quite quickly.

If you want to learn more about how to start your own successful subscription program, then check out this podcast.

If you want to build multiple income sources, don’t make my mistake of dabbling in a dozen things at once. My best advice is to focus on just one at a time.

Build that first revenue stream like you’re building a business — first trial and error until you find a working system, then optimize that system until it’s creating consistent results each month and not taking up too much of your time.

Then, and only then, move on to working on developing another source of income. It will seem slow, but it will create the best, biggest results long-term.

And if you want one of your income streams to be an online business, then consider joining Startup Society for a proven path to turn your idea into a success. Learn more here.

How I started a $10K/month membership site in 6 months