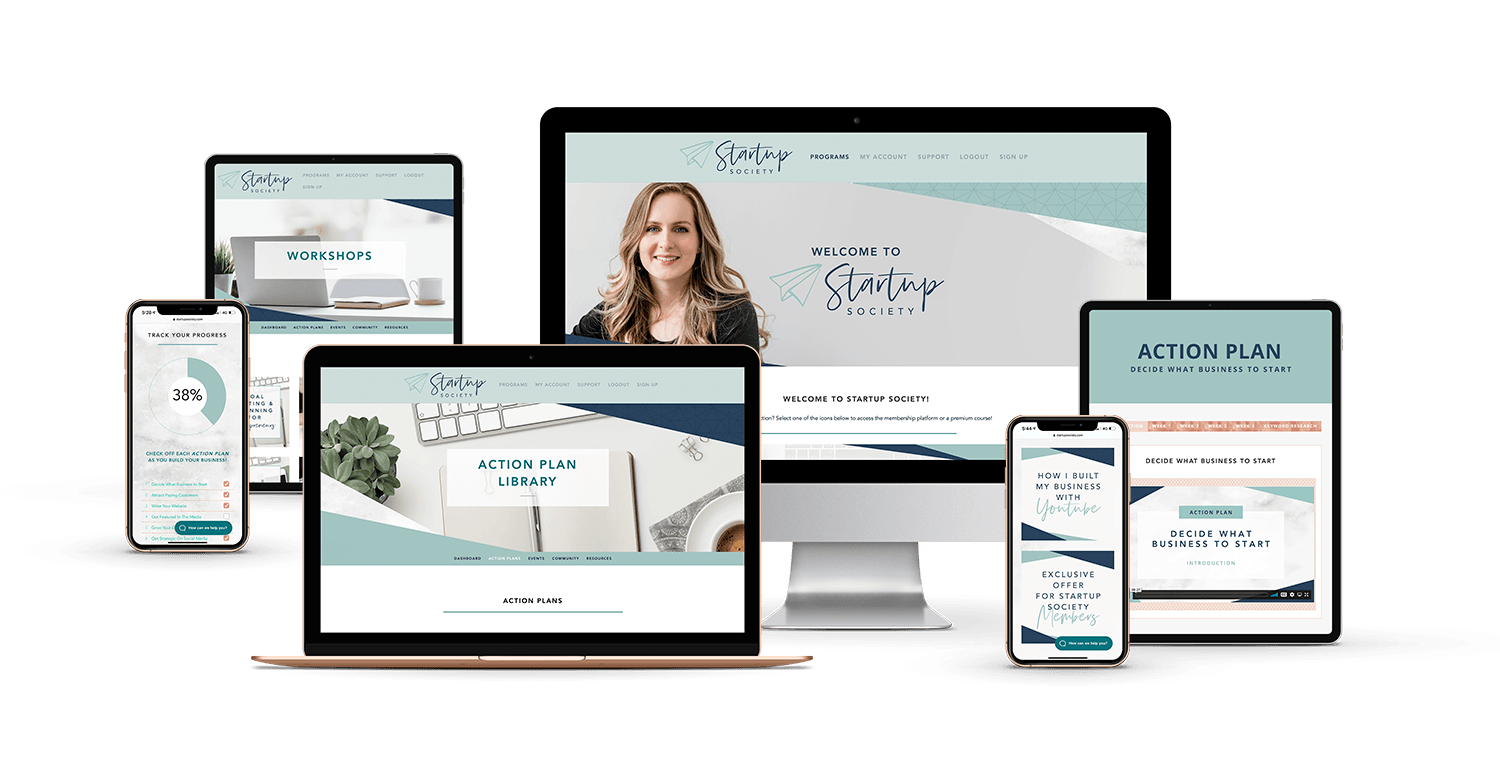 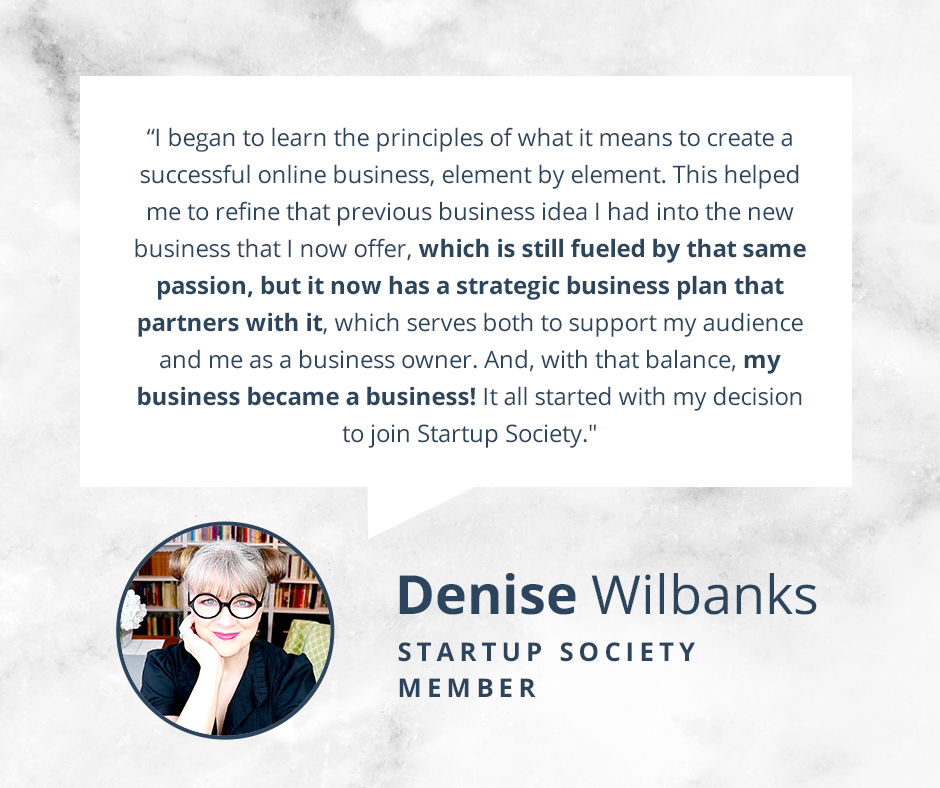 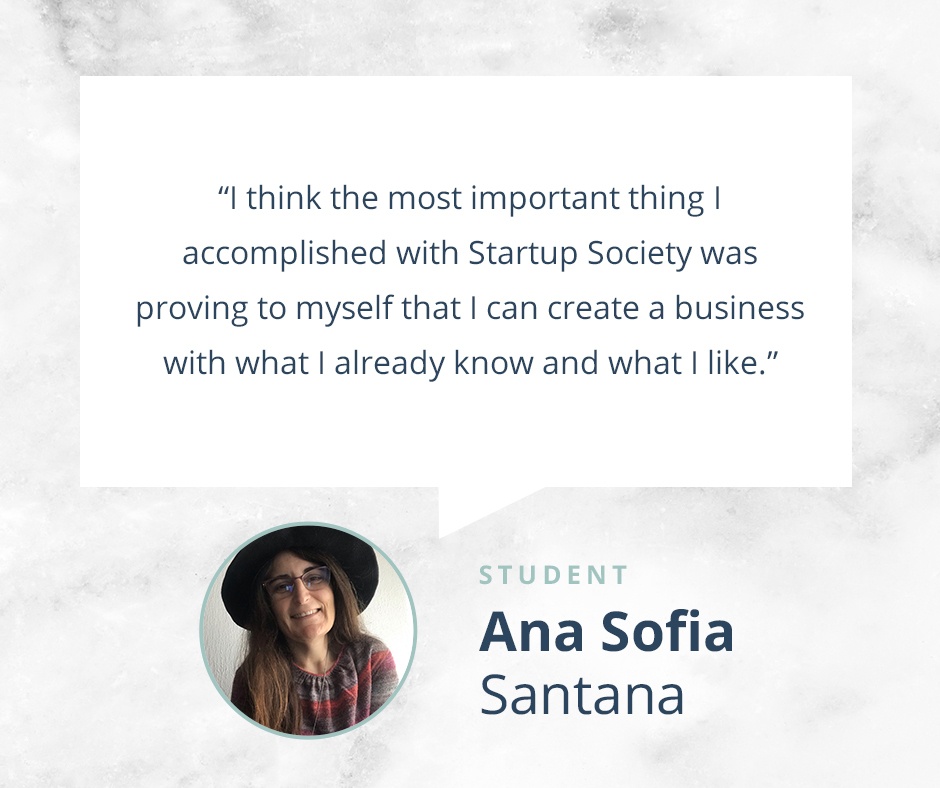 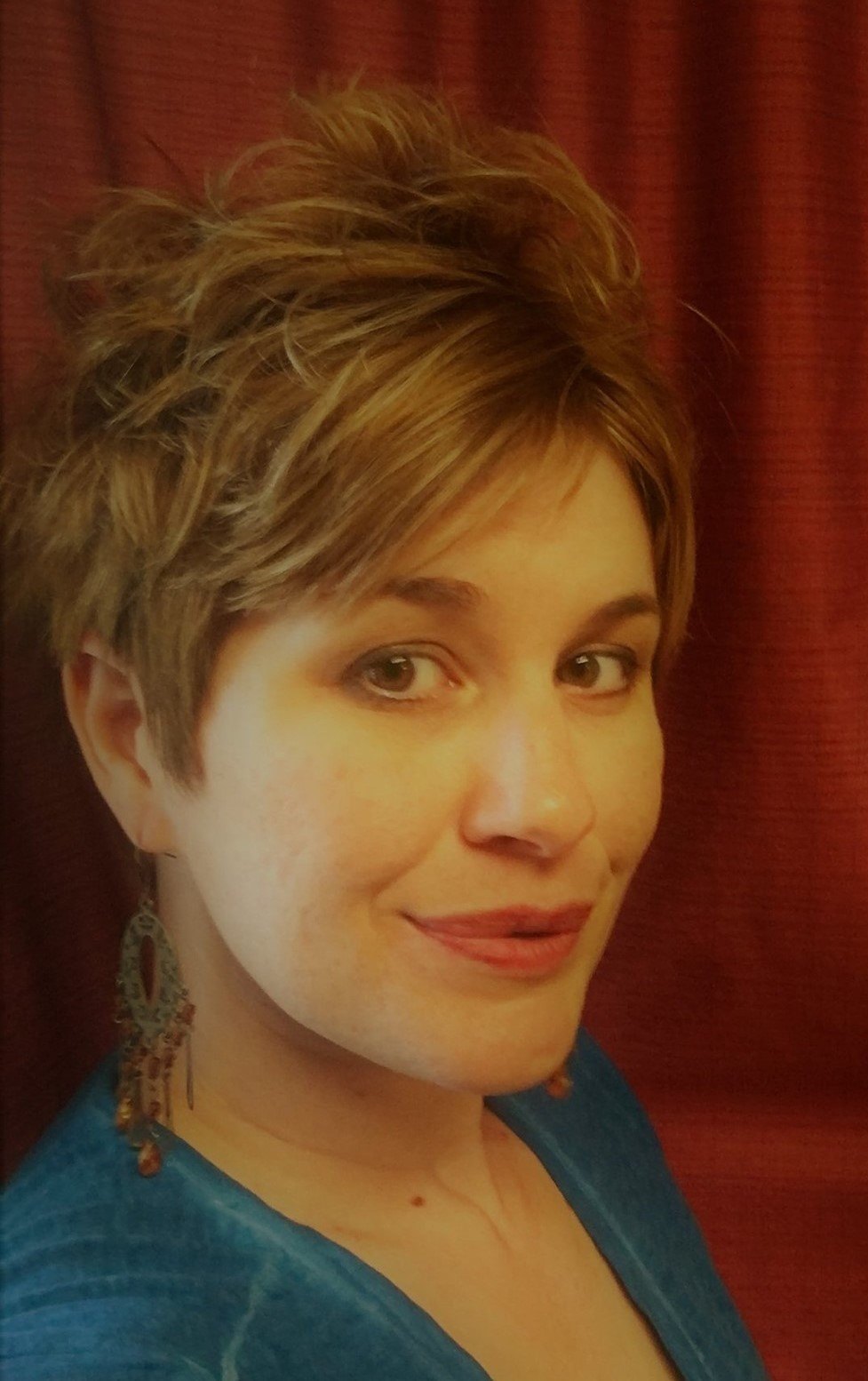 “Very honestly, if I hadn’t joined Startup Society, I feel like I would be trying to do too many things at once without any of them paying off. I’d be spreading my time and energy between many different things, but missing out on creating a truly lucrative business. I’d still be in the hobby zone instead of in the profit zone.” 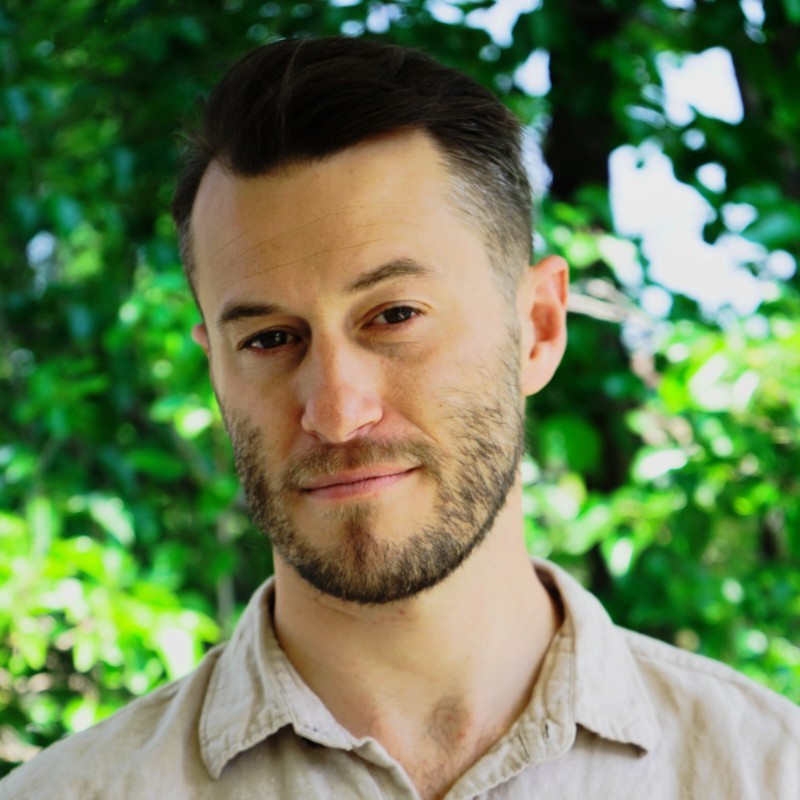 "Startup Society has simple, straight-forward, action-paced modules that allow you to map out the steps you need to take to get your business off the ground and profiting. Highly recommended for anyone thinking about starting an online business or anyone who wants to actively grow one."

"The Evergreen Funnels Made Easy action plan helped me out SO MUCH after my launch! I’m so grateful. These are the results of my first month with my first evergreen funnel. I was so happy to see that it’s done 39 sales for a total of $7,683 the past 30 days!

I’ve averaged a bit over 1 sale per day, which has completely blown me away. I was expecting a lot less judging by the number of new e-mail subscribers that I have coming in monthly. Thank you to Gillian and her team!!" 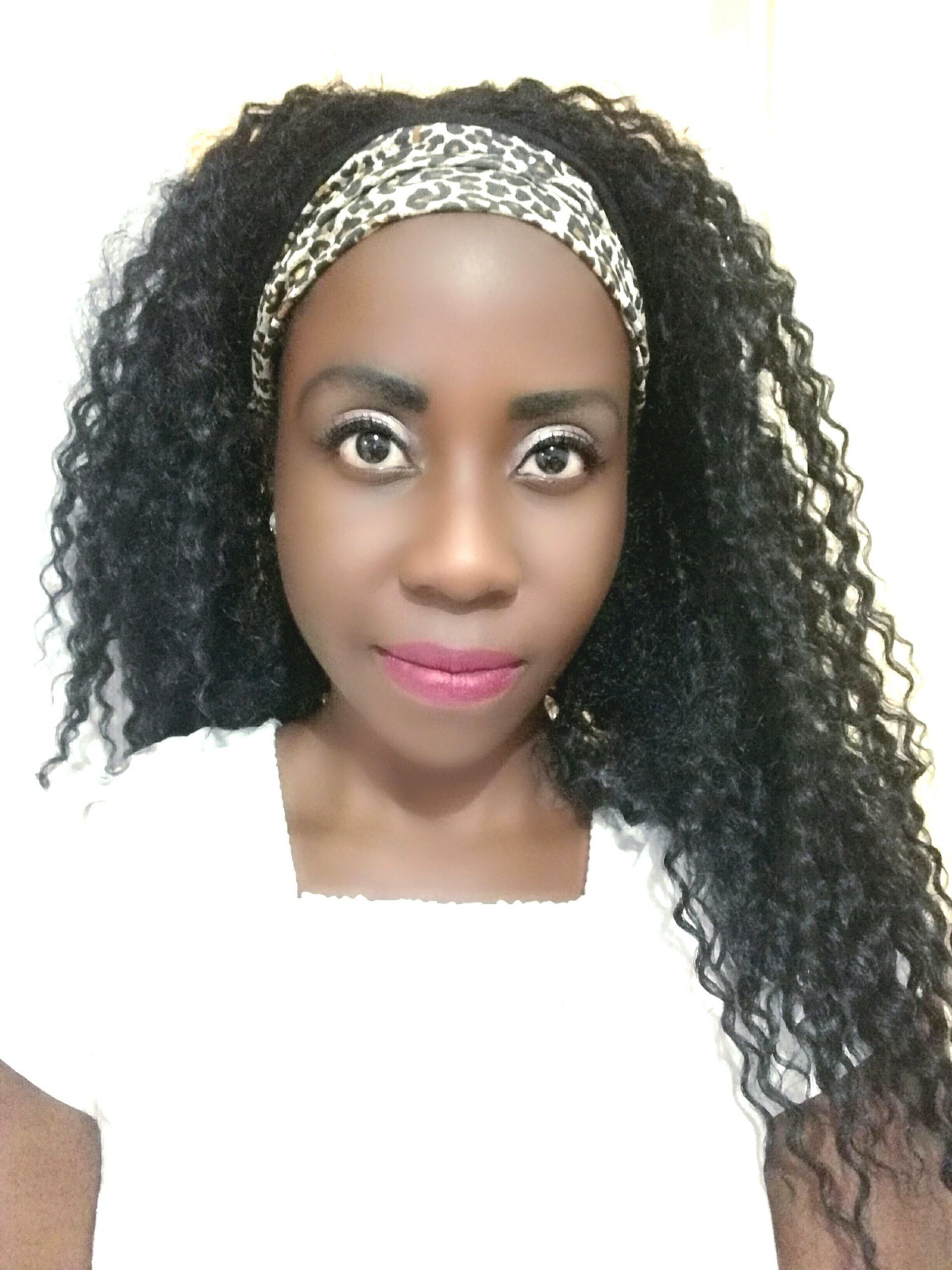 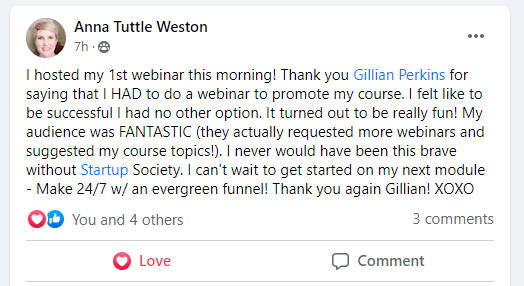 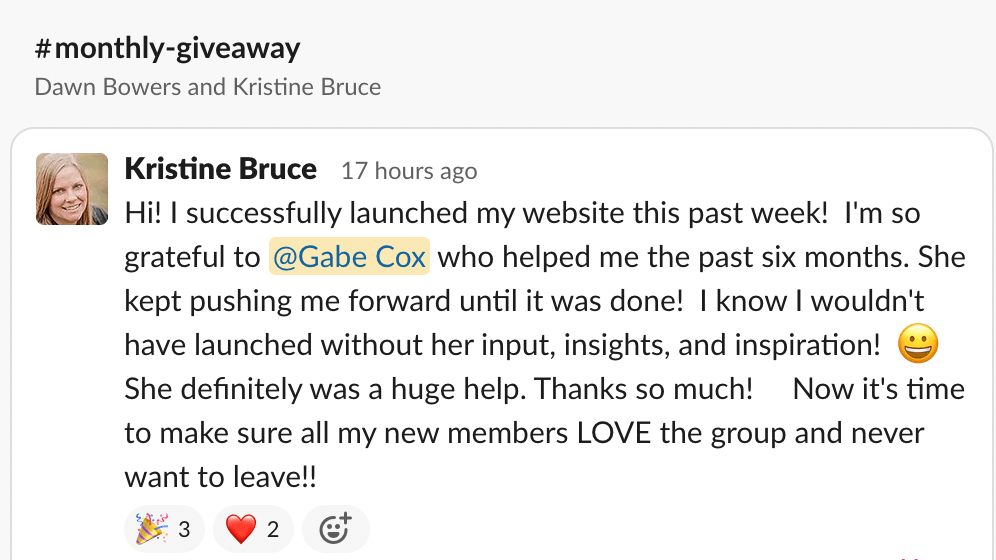 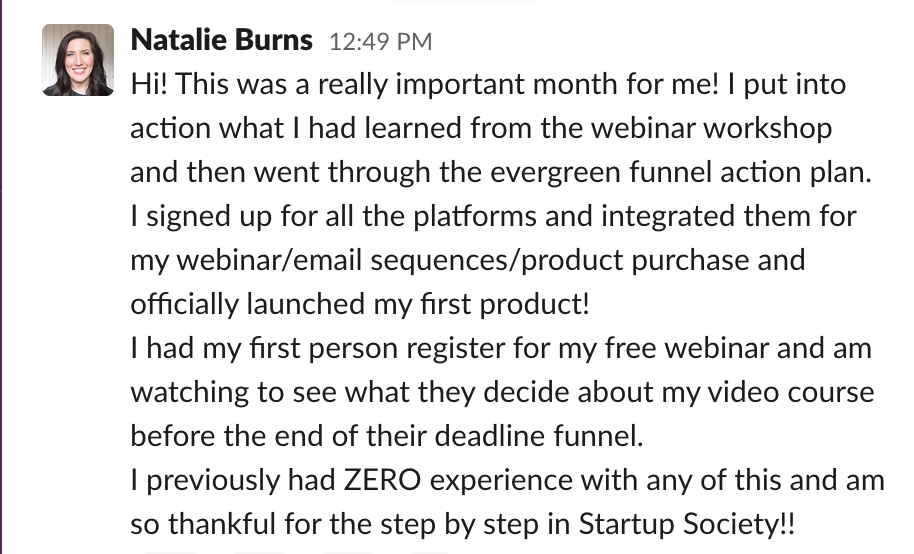 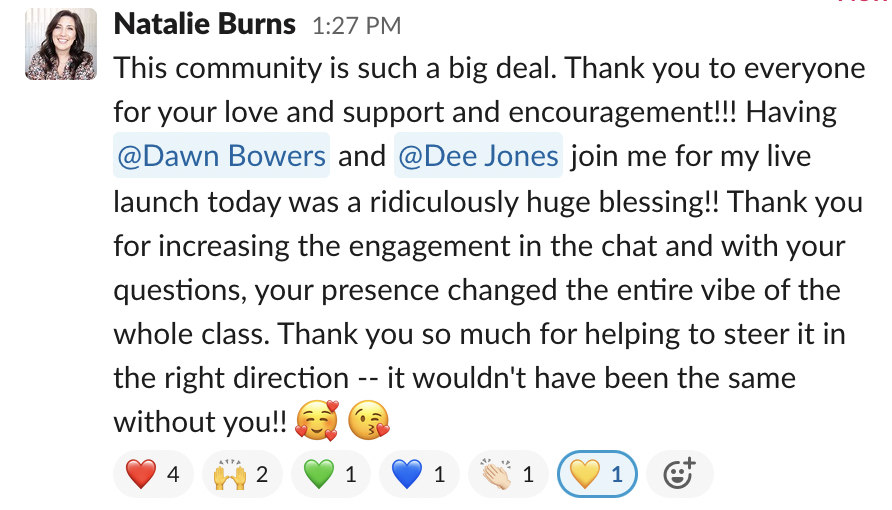 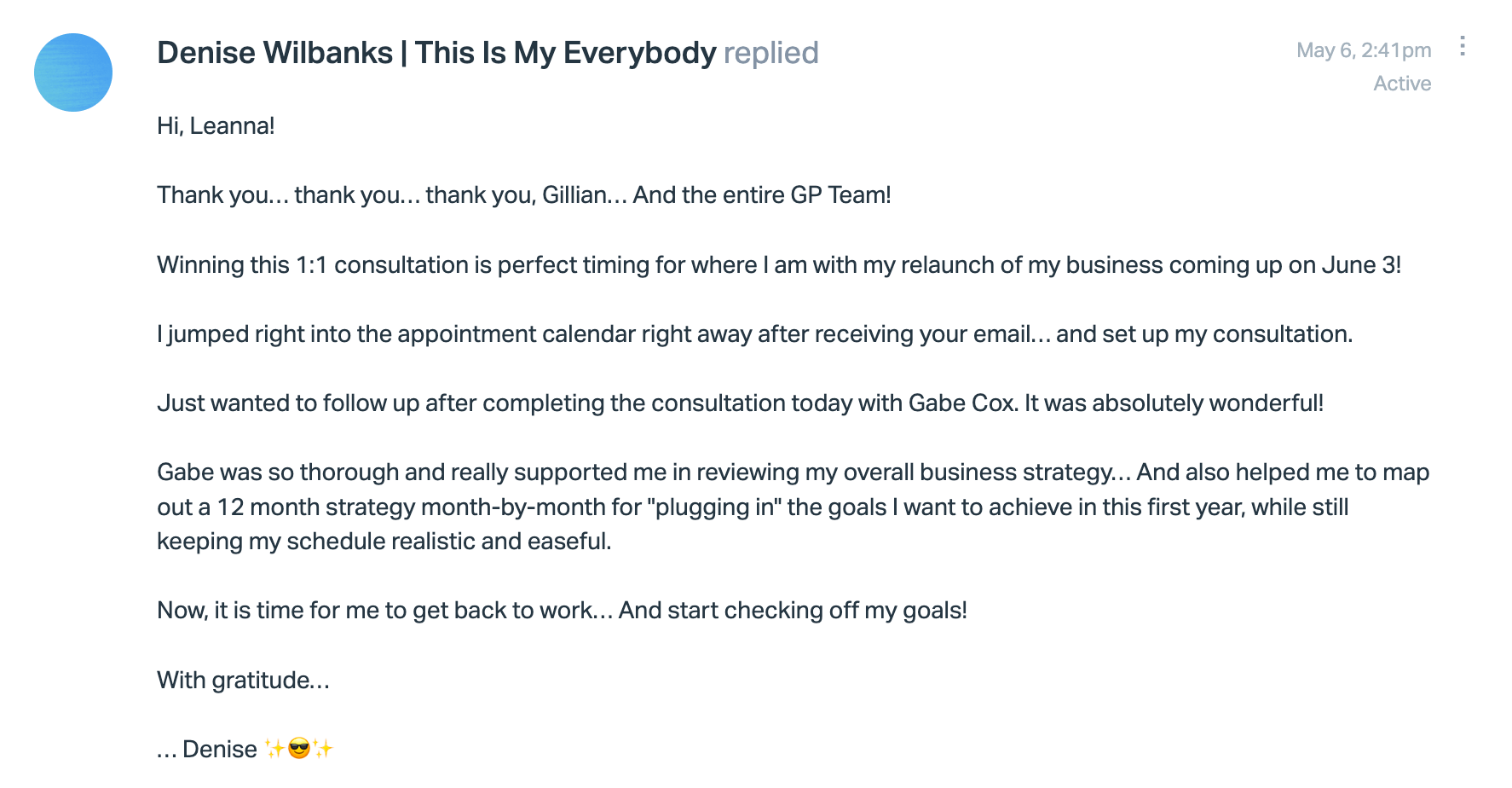 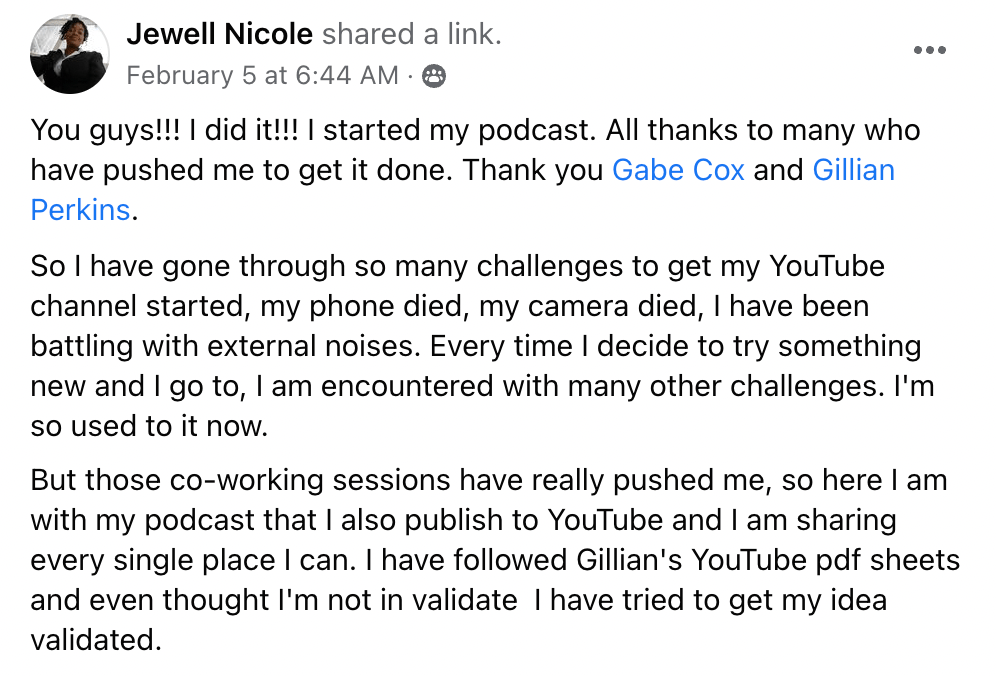 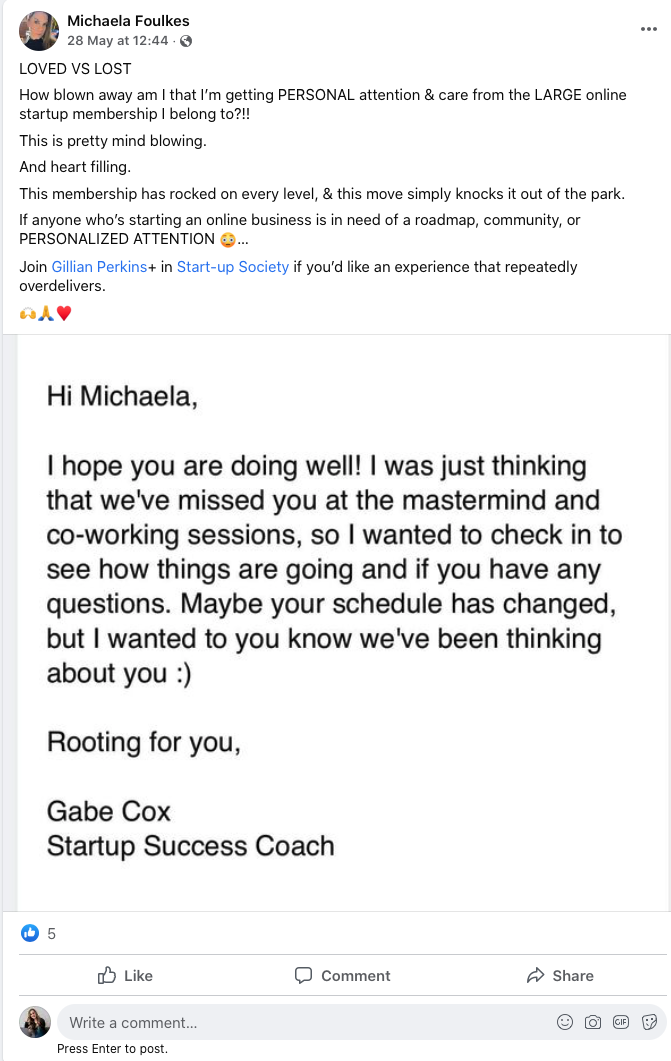 how to STOP spinning your wheels and START making progress

“The biggest payoff of becoming a member of Startup Society is the step-by-step plan. Sometimes you can be busy doing a lot of things, but you’re just spinning the wheel and not really moving forward. I have a sense of accomplishment that I’m moving closer and closer to my end goal.”

From picking a business idea to creating clear goals to launching your first product, Startup Society is here to help!

picking an idea to  monetize

“Without Startup Society, I would not have clues on how to create a digital product and how to prepare for a product launch. I also would have a hard time to stay focused on my progression without any support/advice from Gillian and members in Startup Society”

finding a clear direction for her goals

"I had a vision for empowering others with their own creativity, but didn't know where to start. Startup Society was the boost I needed to get going in the right direction and I could clearly see a path to reaching my goals. Thank you so much for helping me define what Artsy Cupcake is and should be. You are helping others build their businesses, but also helping all our future customers in achieving their own goals through our products and services. 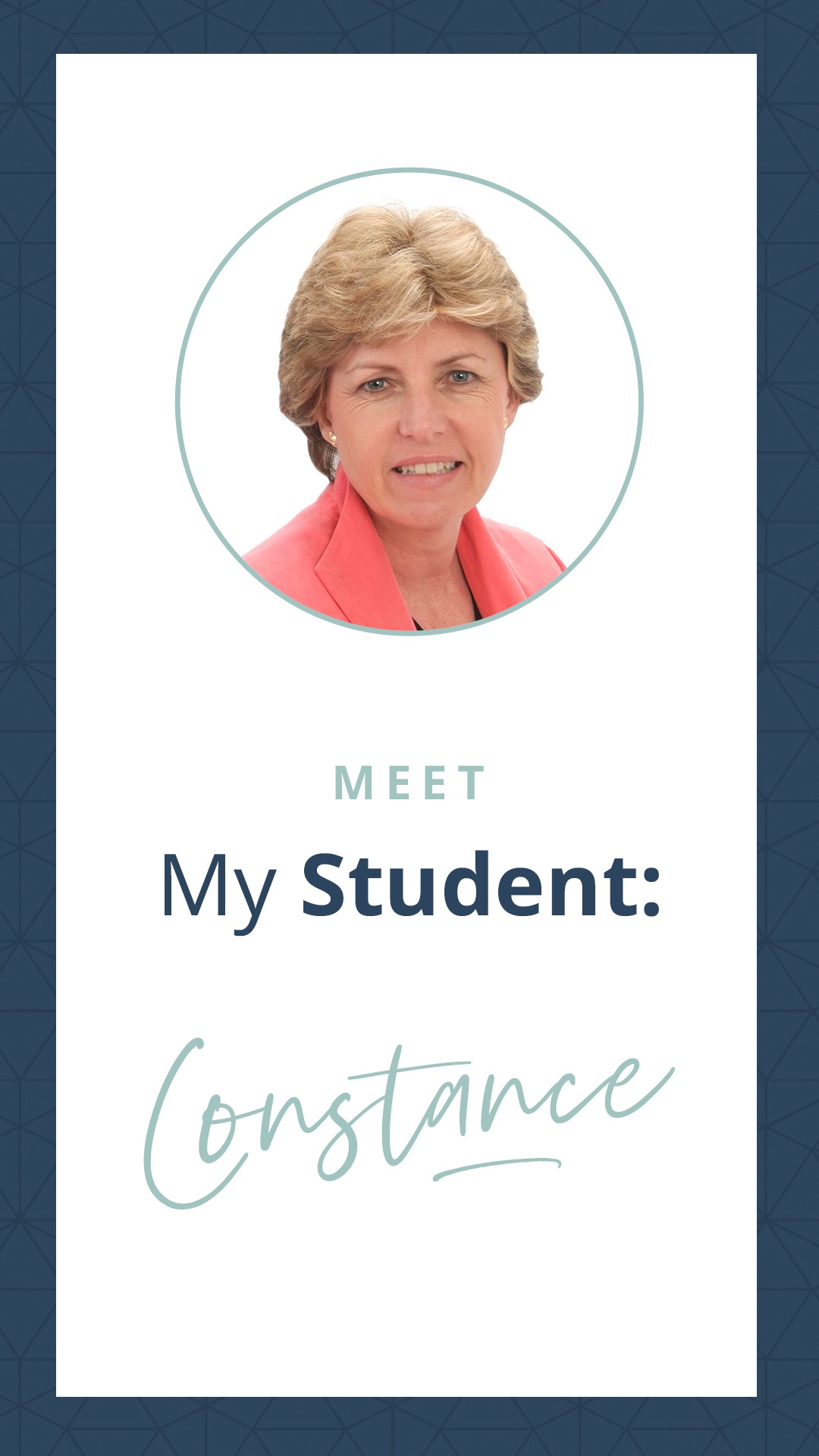 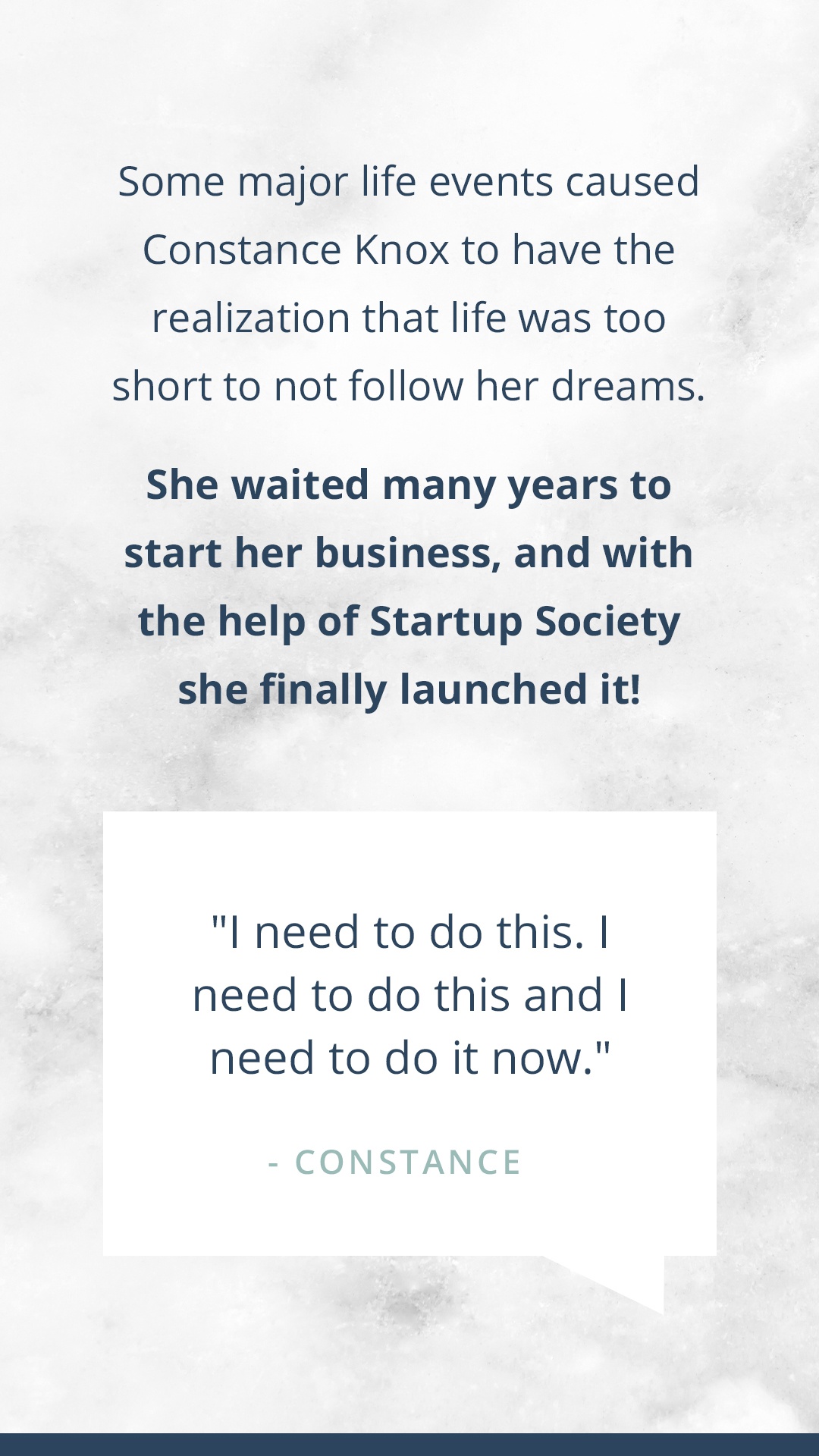 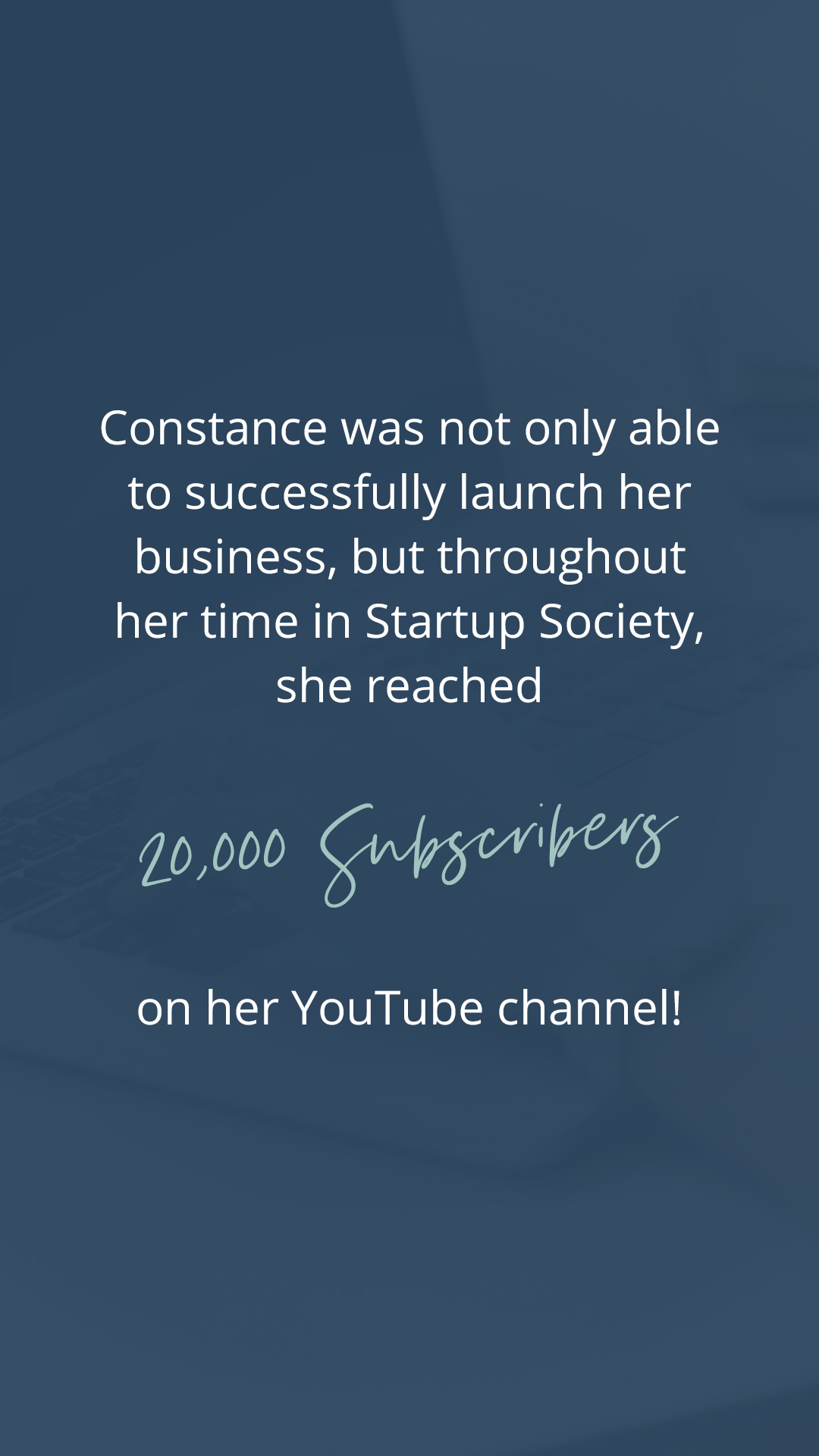 what else can you expect with STARTUP SOCIETY?

Networking and collaboration is in full swing within the community, and the success coaches are ready to answer questions and support you as you grow your business.

Alicia found a collaborative group within Startup Society to join forces with as she grows her business!

"While there are many benefits of joining Startup Society, the component that I most appreciate is the community. Being an online business owner can be a lonely, solo journey. However, with Startup Society, I feel like I have colleagues! The people in the Startup Society community are encouraging and supportive! Even though I'm running my own business, I feel a bit like I have co-workers! It's really nice to have people to bounce ideas off of and venture together with, in this entrepreneurial world!

Getting her business up and running has been seamless with the support of the community!

"I have established since being with Startup Society my Asana account for project management assistance, Calendly for scheduling interviews with clients, and have completed the draft for my new coaching business website. Now, I am currently working on drafting courses, corresponding blogs, and scripts for my 10-20 minute podcast to give an introduction to my coaching services. These scripts will also be used for my YouTube channel. My goal is to be complete with this first phase and to fully launch, Monday, August 3."

Melinda Hart finds clarity and grows her business in 6 months with the help of Startup Society!

“To join Startup Society and think in month one, ‘I have a good idea, I wonder if it will work?’ to know four months later that not only did that idea not work, but that my next idea was so much better and that I have been so much happier since I actually started taking action on it. Since I actually started coming up with a plan. Since I’ve actually been able to create more time. And that sounds crazy, but it’s really true because Startup Society is a beautifully, simple, focused, targeted program that gets right down to it."

through Startup Society, Becca Davis was able to launch her course with 21 sales! 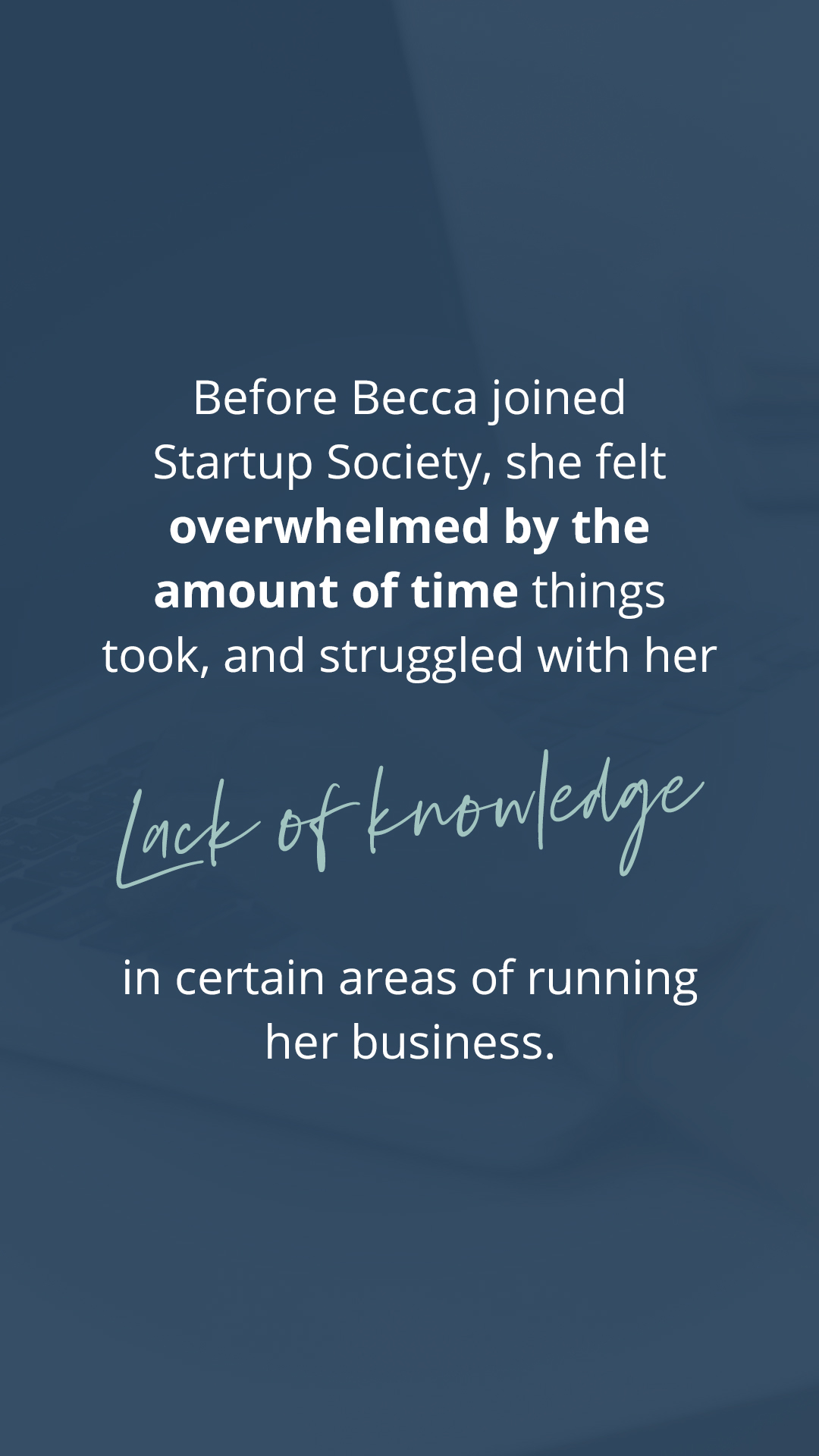 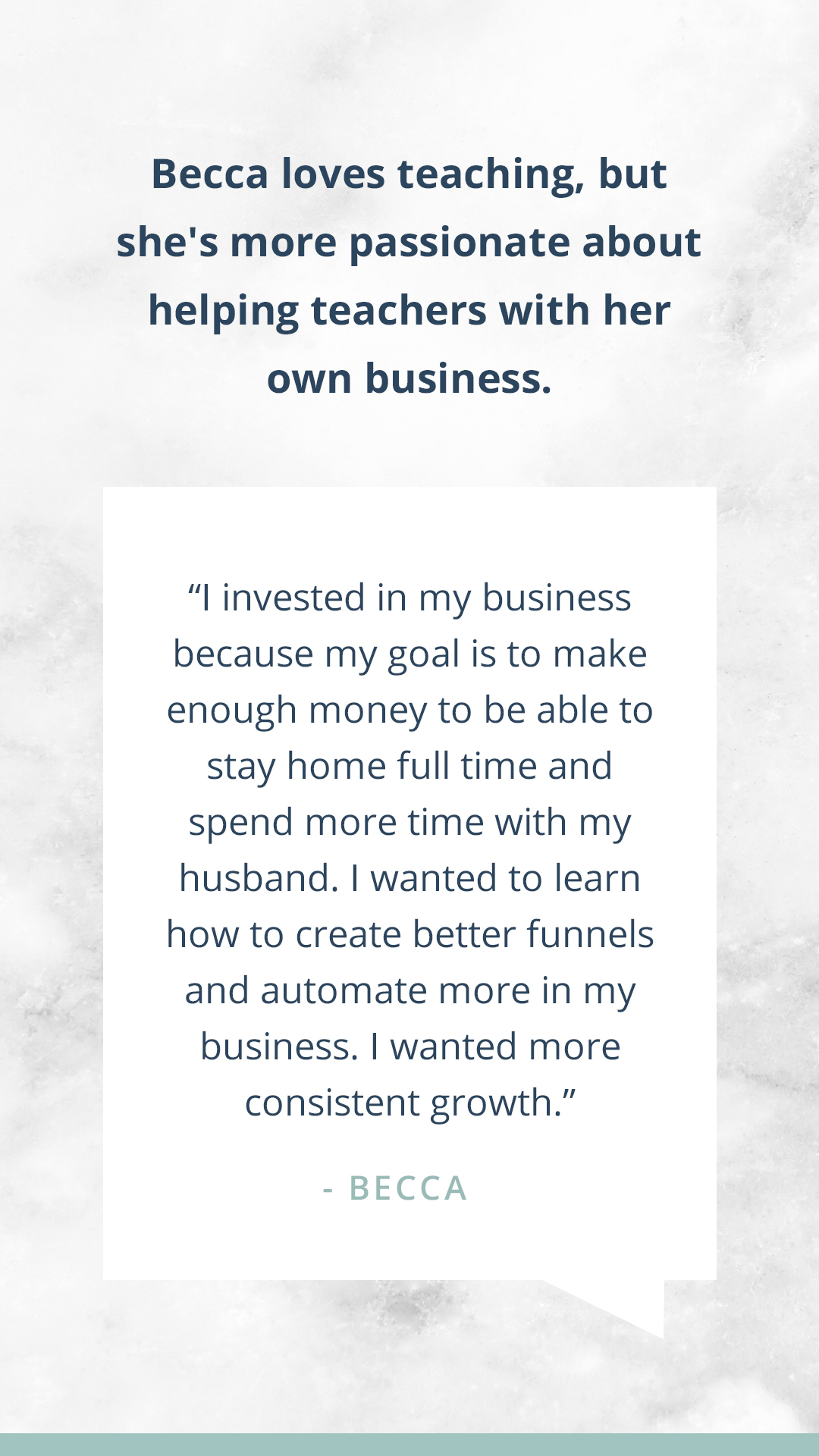 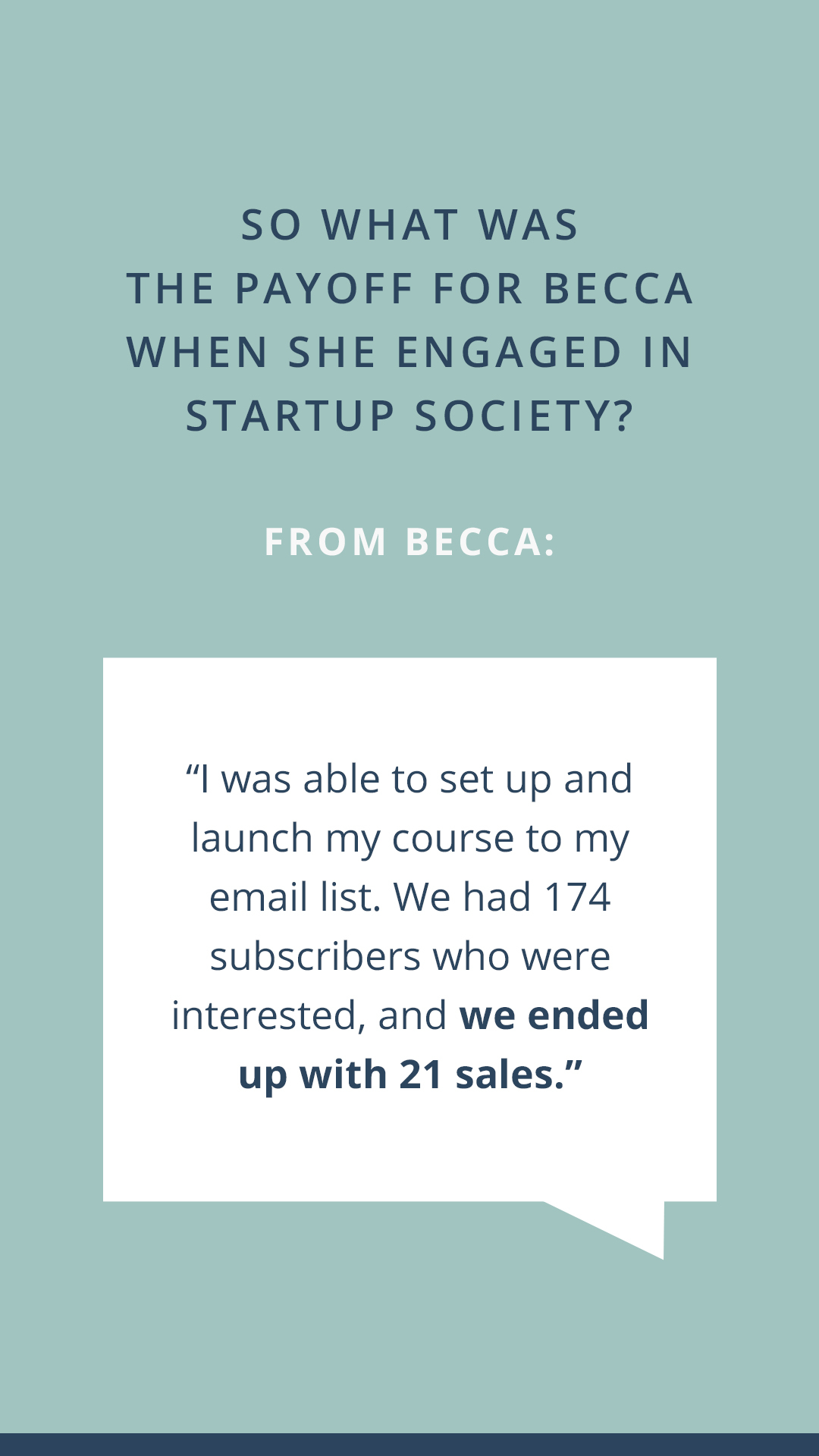 Startup Society helped Mildred acknowledge her desire to teach singing, and VALIDATE gave her the push to do it. Now Startup Society is helping her develop the structure of her business and focus on the next steps

"I have been able to clarify my target audience, put together a service product and actually write pages for my website. Startup Society removed the guess work and has given me a clear road map to successfully launch my business."

how Kim went from Solopreneur to CEO 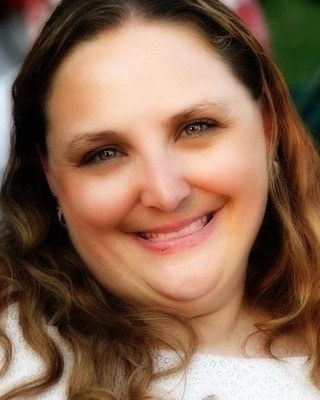 Kim Feeney is a Play Therapist, and a couple years back she was working really hard to create a strong client base and establish a name for herself, but she didn't know how. She was making progress, but felt roadblocked and lacked the confidence to show up and be visible for her business.

Because she felt really stuck, she knew that she needed to invest in herself. However, those mindset blocks came up…

“Is it going to be worth it? Am I going to get the value for my money?... I could try some marketing efforts on my own and post on social media.”

Kim had been watching my Youtube videos and learned a wealth of knowledge! But she knew she needed more help to get bigger results in her business. So... she decided to make a change and join Startup Society, which allowed her to get coaching and advice from someone she trusted.

Her BIG goal was to learn how to create a successful marketing strategy to find a client base and become visible online, and this is my favorite part... I’ve been so impressed by the success Kim created when she really committed to the process and showed up every single day!

In the first month of joining Startup Society she doubled her Instagram followers! But her biggest win was becoming so highly in demand:

“I have filled my schedule to beyond capacity. I’ve hired two more therapists to work in my practice.”

All those small steps Kim was taking each week inside Startup Society were inching her closer and closer toward building a strong client base so she could grow her practice. The big pay off for Kim is that she has “been featured 3 times in her local news in the last six months.”

Pretty awesome, right? I mean, imagine being recognized by the city you live in!

When I asked her what she would have been doing if she never joined Startup Society, Kim told me this:

are you looking for a community to grow your business in?

I created Startup Society to show other people how they, too, could earn money online and experience this amazing freedom. I know it will work for YOU too!

We keep membership affordable so that you don’t have to pay thousands of dollars to get started. (I know I definitely didn’t have that kind of money when I was starting my business!)

I want you and your family to experience the flexibility and FREEDOM that our family has. I know you can do it -- but only if you take action and get started!

Here's to your success! ~ Gillian