"If an entrepreneur doesn't know if there's interest in her idea, then VALIDATE is the perfect program because it's the fastest, shortest, and most efficient route to know whether or not to proceed with a business idea."

"I've taken and invested thousands of dollars in coaching and business courses. VALIDATE is the only one that has given me the tools, the guidance, the direction, and the accountability to move that needle forward and to get where I am at."

"The biggest payoff with VALIDATE for me was having a guiding hand and somebody to give me the answers that I didn't know I needed. It helped make me start to ask myself questions and dig deeper into business."

how Angela Hooper VALIDATED her course in 8 weeks WITH sales! 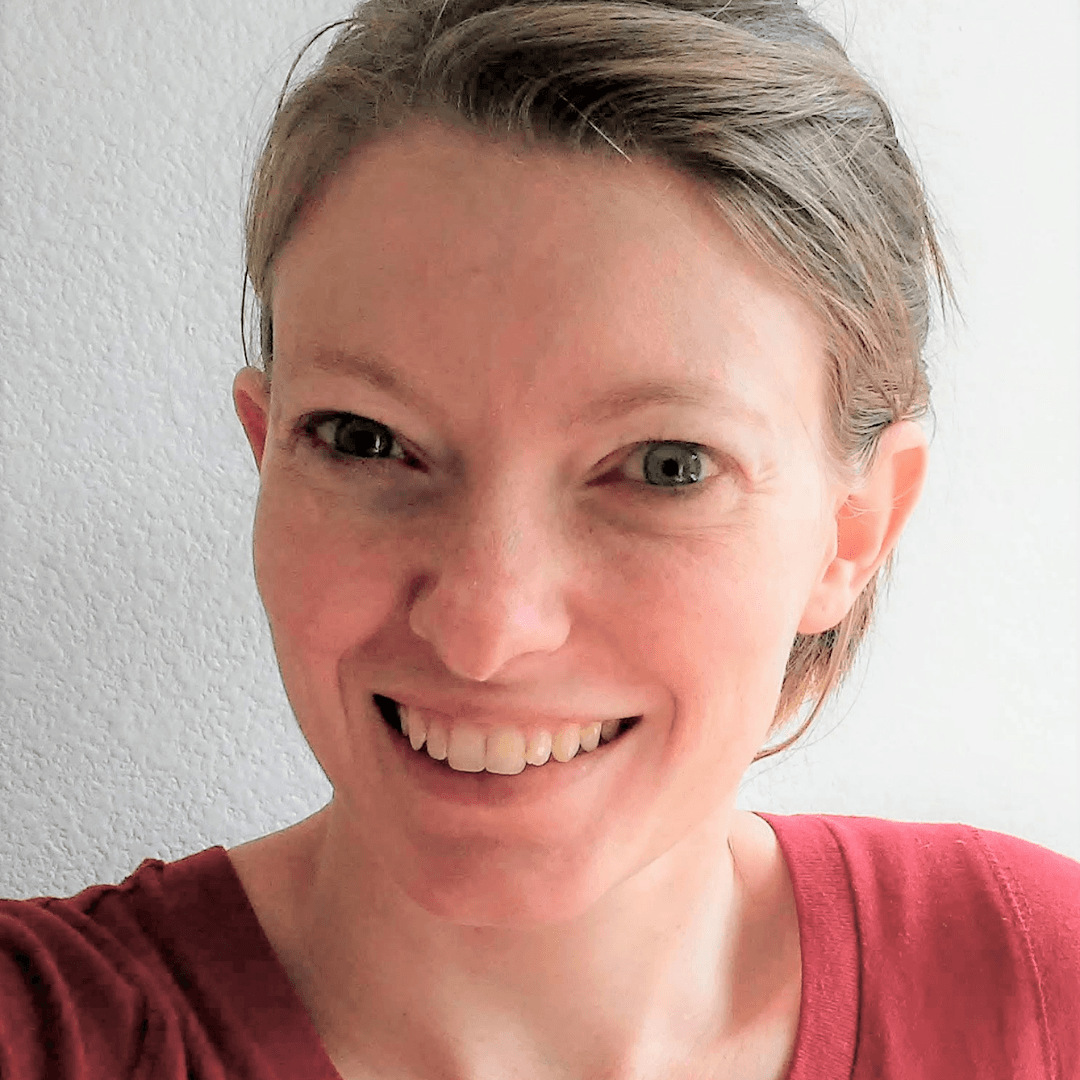 House plant blogger Angela Hooper created a comprehensive e-book early on in her business — a project that took a ton of time and energy away from her family — only to sell THREE copies in its first 12 months.

What was the result of this for Angela? A fear grew in her that creating another product could just produce another failure, and she didn’t want to waste any more precious time. Angela felt stuck in this place of wanting to increase her income stream outside of the ad revenue her blog was generating, but also feeling the fear creep in every time she thought about designing a new product.

“Since my e-book, I wrote a couple outlines, but I was always afraid that if I took all this time to create another product, I was afraid that it would be wasted — that I would take all this time not taking care of my kids and ignoring my spouse just to not sell anything again.”

That’s where VALIDATE comes in. The more Angela learned about the program, the more she realized that it was exactly what she needed. Here's how she explained her epiphany:

“When I read Gillian’s emails about validating your course idea to see if it would sell or not, I was like, ‘Oh my goodness, this is what I need!’ Because if I knew that it would sell, that it was what my audience wanted, if they would buy it, then I could go ahead and spend that time, spend those hours, and know I would get a return on it.”

Here’s the cool part… Gillian really helped Angela go from start to finish in the validation process, and after a short 8 weeks, she launched her “3 Step (No-Fail) Framework to Keeping Houseplants Alive” course WITH sales!

That’s not the even the best part of Angela’s story! Once Gillian broke down how to analyze the numbers and understand the percentages to see if a product is validated or not, Angela realized that the e-book she launched early on in her business was actually a success! She just didn’t have the reach back then to physically see the results.

what else can you expect with VALIDATE?

Heather's biggest payoff was launching both a free and paid course into her business with more to come.

Through the support of the VALIDATE program, Kristin was able to accelerate the process of gaining visibility so that when she launched her podcasting course, she would have an audience ready to receive it. She appreciated how engaged Gillian's team and other students were in the community, and it gave her the confidence she needed to put herself out there.

"Gillian's guidance helped me figure out how to market my course to the right people and how to find potential customers. I wasn't super clear on the market research process before I started, but she helped me realize that THAT is a very key part of selling a course - finding your ideal client and your ideal customer."

Mary Anne felt like she was spinning her wheels after investing in multiple programs before joining VALIDATE, and having a distinct focus was standing between her and her business growing. What she really wanted was a process for understanding what it took to get an idea into the marketplace.

"I think that if I hadn't joined the VALIDATE program, I would still have been stuck right where I was, and that was taking in so much diverse information and not having a clear path - or struggling to make a clear path."

do you have a physical product idea or are you moving from a brick and mortar to online?

transitioning from brick and mortar to online

Before joining VALIDATE, Cheryl was trying to figure out how to move from a brick and mortar business to online digital products, and she realized that she needed guidance in order to transition smoothly. She wasn't sure which steps to take and when to take them.

"I really had no hesitations with VALIDATE. I was like, for the price I'm getting, forget it. I could spend more on dinner out than for that! To my knowledge, I am not aware of any other courses that actually solely focus on, 'Is your idea good enough to move forward with?'"

In just 8 weeks during the VALIDATE accelerator, Daria not only performed the necessary market research and created her luxury candle, but she also launched a website, created a short commercial, and began validating her product with customers.

"With Gillian's guidance I was able to accomplish many things. I was able to create the candle and gain the confidence I needed to ask my audience and people I know to help me and give me feedback. I know where to go and what my next step is."

Out of frustration working for someone else in an online teaching platform, Sannie decided she needed to start her own program! Since VALIDATE, she was able to launch her 3-month program and found her confidence.

"If you are just starting out, you don't have an audience, or even if you do have an audience, I think the step-by-step process that Gillian gives you really will help you to get that confidence in yourself and to know that your product is something people want or don't want"

Charity made $500 in sales in just one week!

Charity is a sleep consultant and wanted to start her business for more than a year but felt overwhelmed and stuck with a product she didn’t know how to market or sell. Charity was looking for more of a step-by-step process to help her get over some of the hurdles.

Charity knew that she needed something to help fill the gaps. She had the expertise to create the product, but selling it was a different story. Sales confidence wasn’t something that came easily because Charity shared that she is not a natural salesperson.

That's why she decided to join VALIDATE. And the results?

Once joining VALIDATE, a big hurdle was cleared when Charity was able to validate her offer through her first sales!

“I made my first sales, $500 in the program - that was just a huge confidence booster. It was a validation that people do trust me!” - Charity 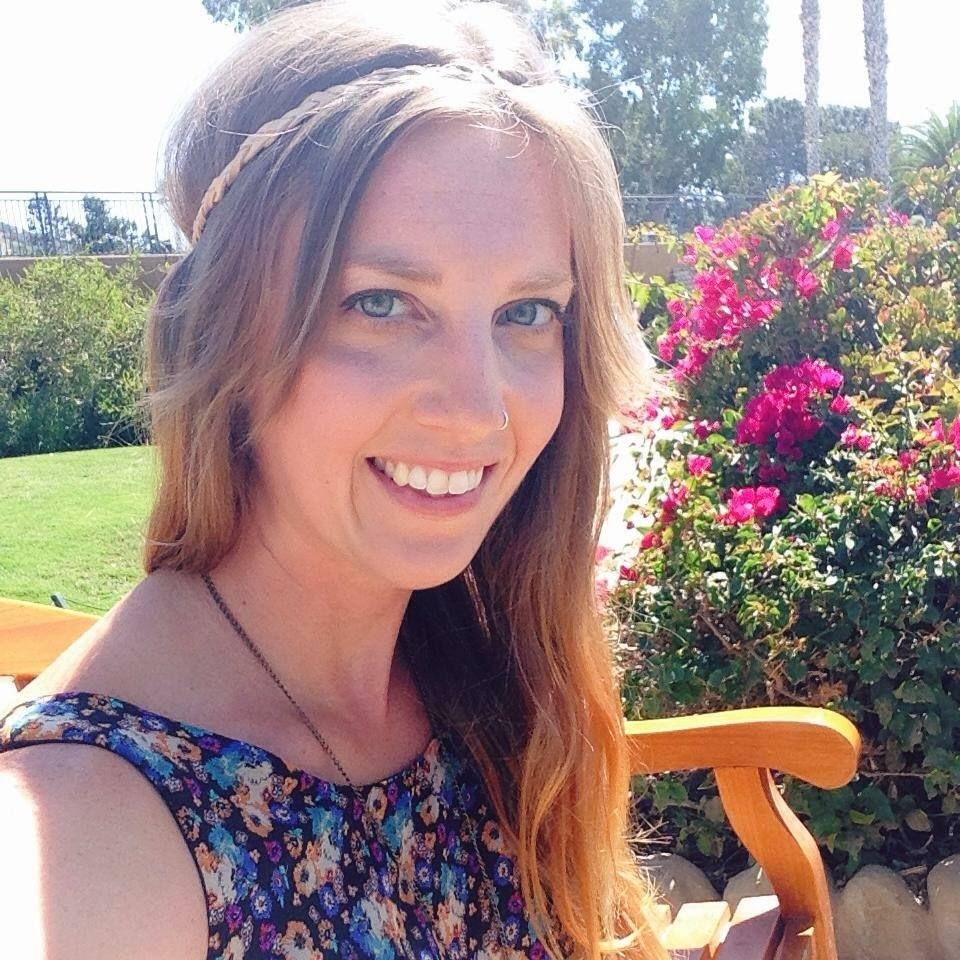 what are others saying about Gillian and VALIDATE?

stop spinning your wheels in business

"If I would have never joined VALIDATE, what I would be doing would be exactly the same as for the past four years. Spinning this idea in my mind, dreaming about it. Thinking I had a business and probably be in the same spot 10 years from now with the same mindset."

build confidence to market yourself

"The biggest payoff is an internal payoff that I'm feeling more confident about myself and what I'm offering. I believe I know what my gifts are, and I just needed some help in getting them out there - that's what Gillian provides."

this program gave me exactly what I was lookin for

"My main goal was to learn how to create a product, how to validate the idea, how to market it, how to set the price right, and how to connect with people. There are so many things that I wanted, and this program actually gave them to me." 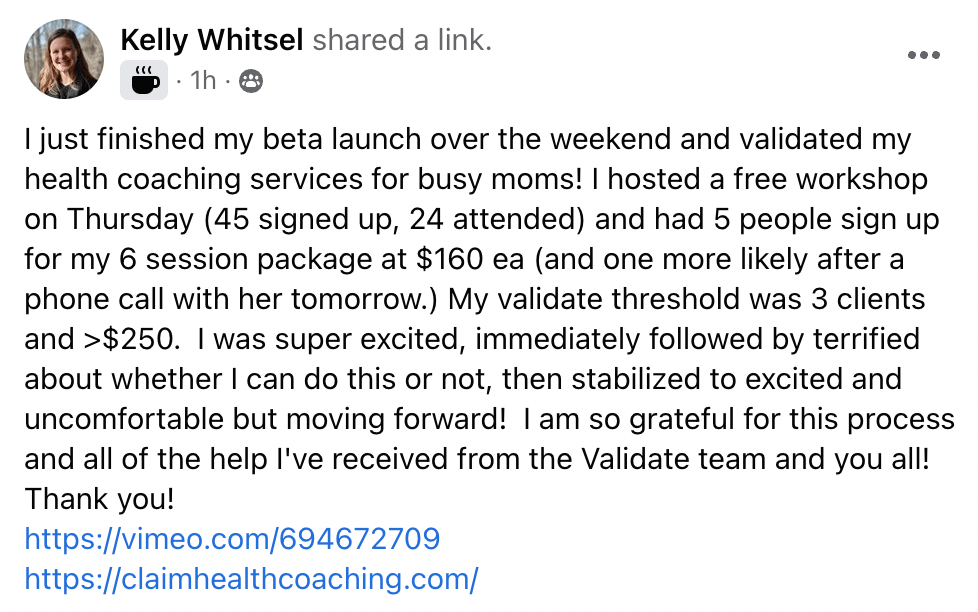 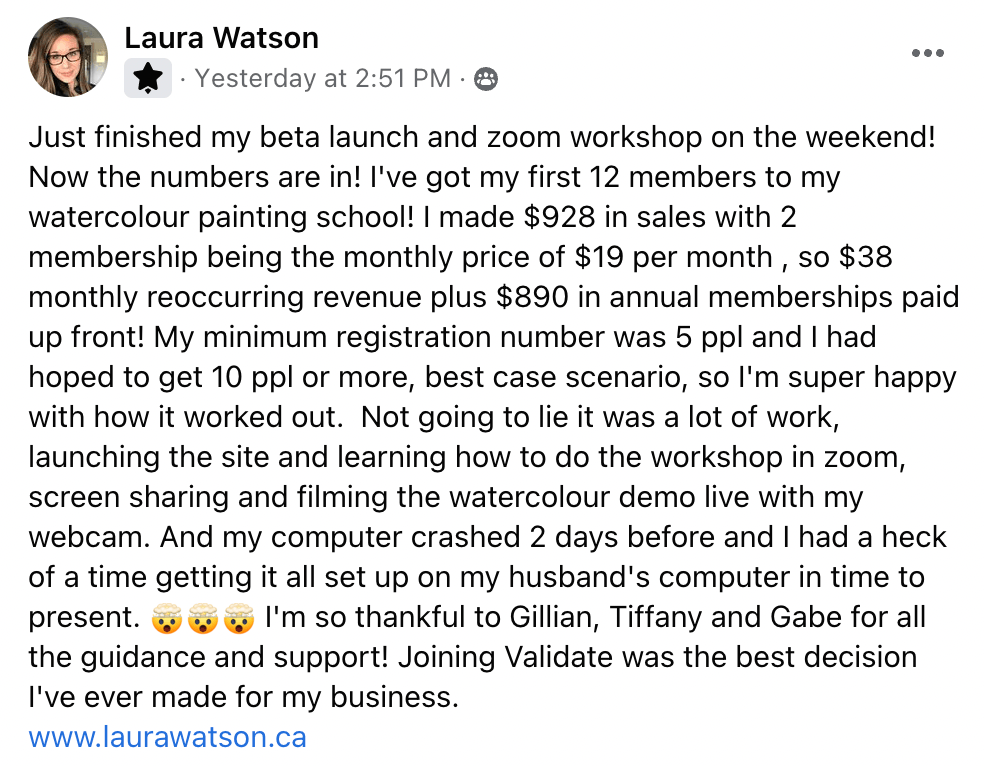 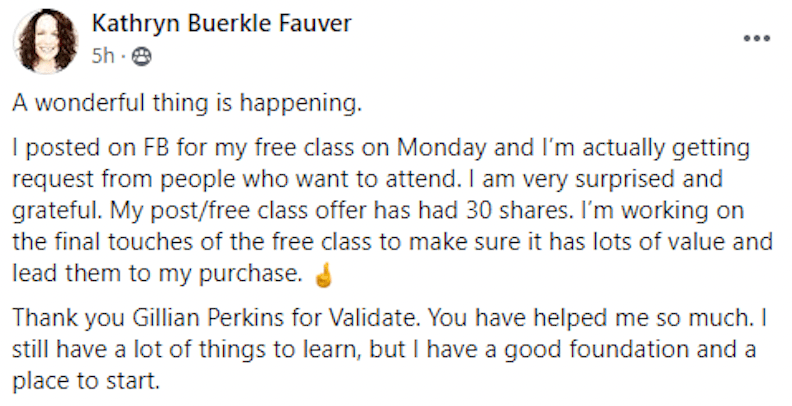 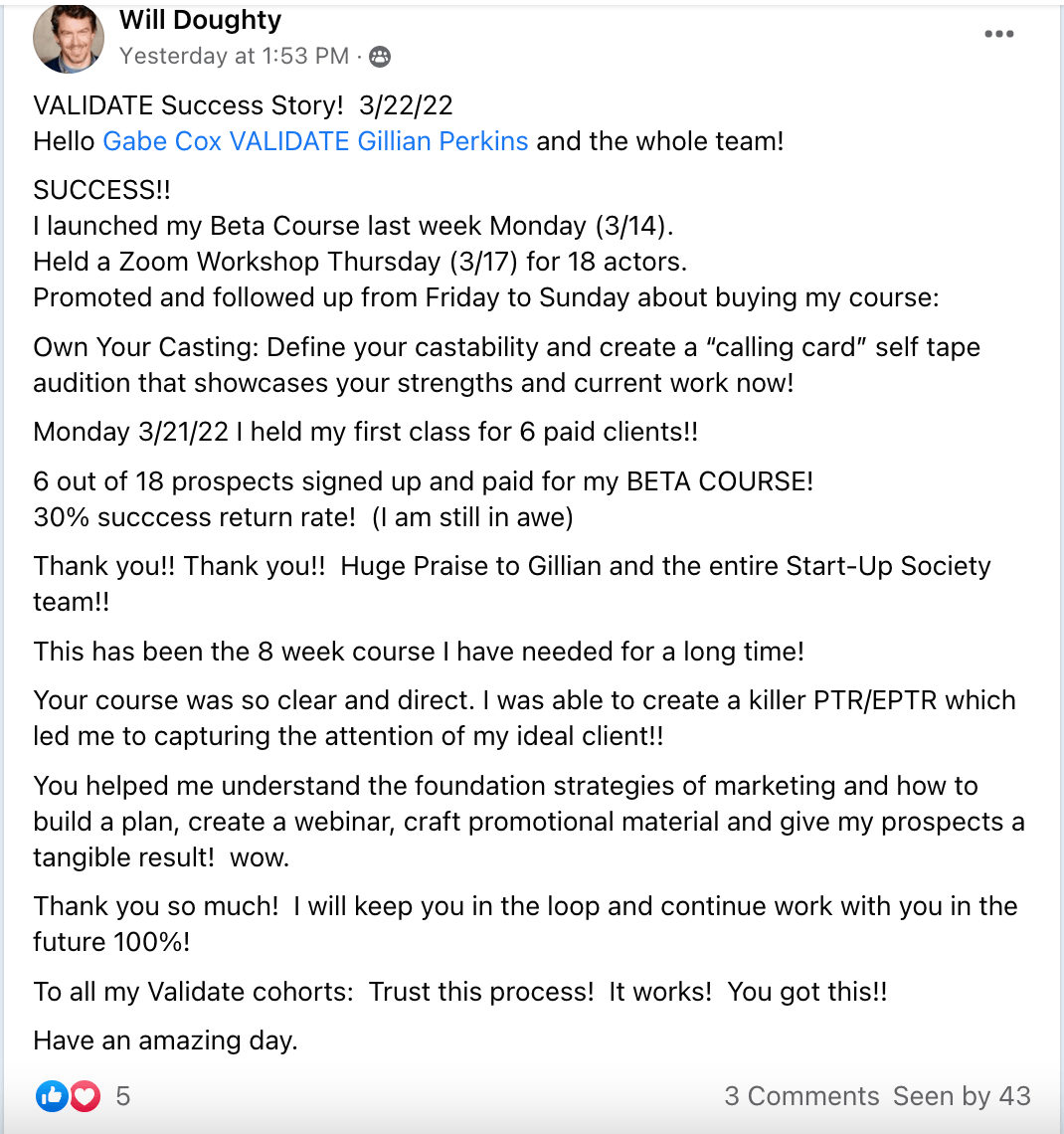 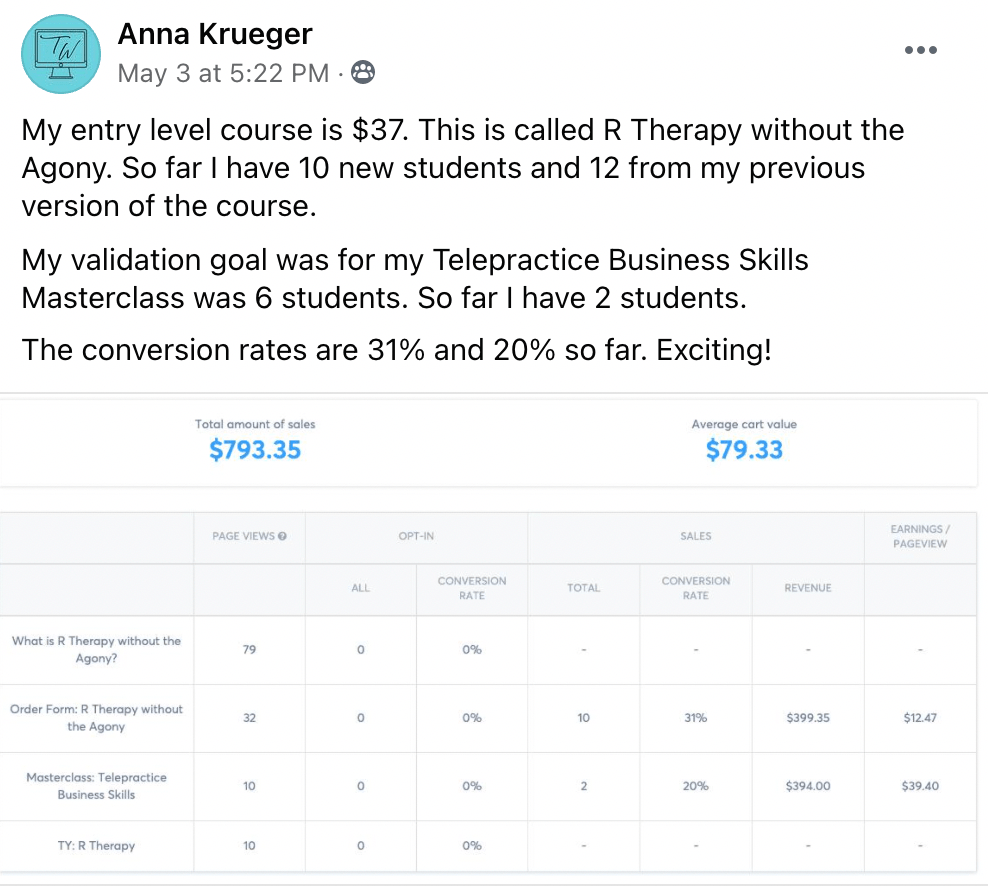 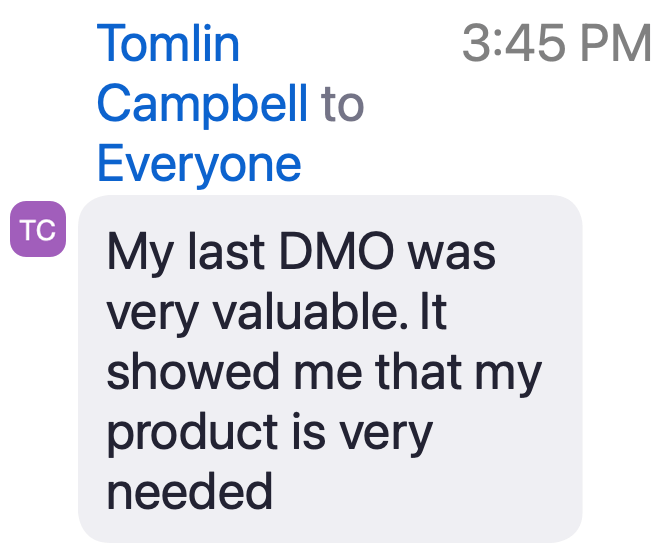 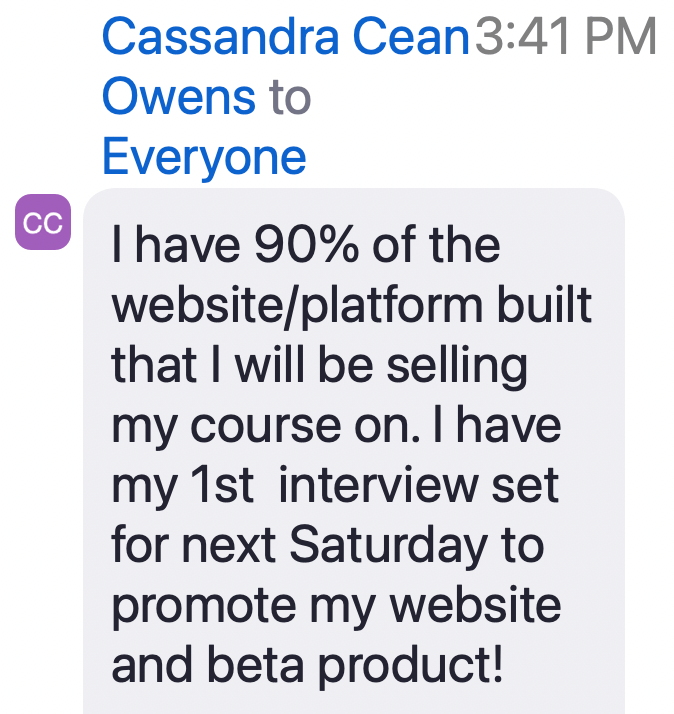 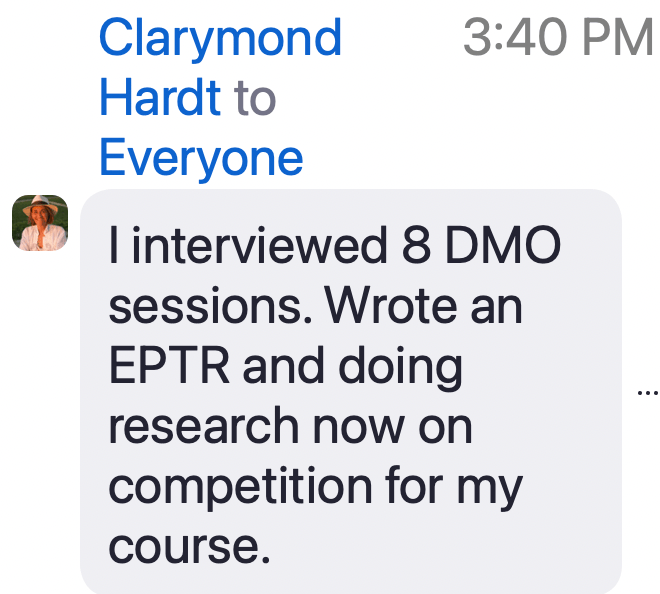 what do you do if you realize your first idea doesn't pan out? 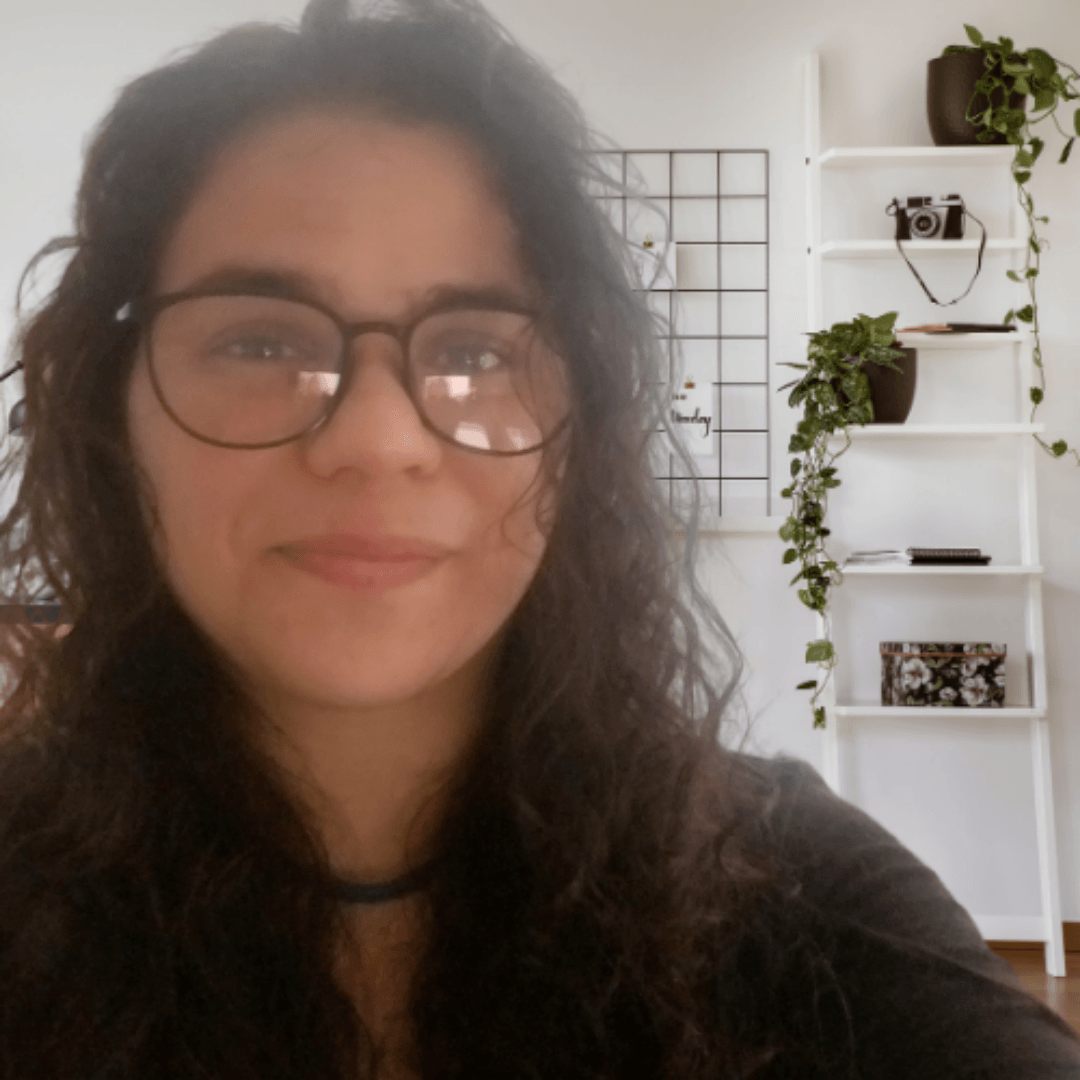 Leisha Guzman wasn’t seeing sales or traction in her business and had already put so much time and energy into it. She wanted to know once and for all if her business idea was going to work so she could keep growing or move on.

“My main goal with VALIDATE was knowing for sure if I should pivot again, if I should just drop the business, or if I’m on the correct track. I wanted assurance that I wasn’t wasting my time.”

Wasting time is one thing Leisha hates doing, and she realized learning from someone who’s been there, done that, would save her the additional stress.

“The learning curve just frustrates me immensely, so when I have a guide - when I have a coach - it makes me feel like I’m doing better than when I’m doing it on my own.”

Her biggest struggle? Knowing how to approach her target market with her business idea because, like myself, she is an introvert by nature. VALIDATE took her completely out of her comfort zone, but it helped her open up and gain confidence to talk with her audience.

“The biggest payoff was finding people who were interested in my product. I ended up pivoting into a different market, but it gave me an idea of the people who are out there that I can market to.”

So… her first business idea didn’t pan out, but through the program, she saved time, pivoted, and found an e-commerce model that will work for her! This is one of the perks of VALIDATE. You MAY find out your idea isn’t going to work as is, and you can tweak it or change it altogether and do the validation process again! No more wasting precious time :)

Nadia went into the VALIDATE program planning to validate her gardening planning app, but what she found is that her target audience wasn’t quite ready for that and needed a course that would provide a step-by-step framework to get their gardens started.

“I decided to pivot and validate my beginner gardening course, but the funny thing is, after going through the VALIDATE program, I now have validated my garden planning app, not planning on it, but I did because now I’ve met the revenue and sign up goals in just a few weeks. That was an unexpected bonus!” 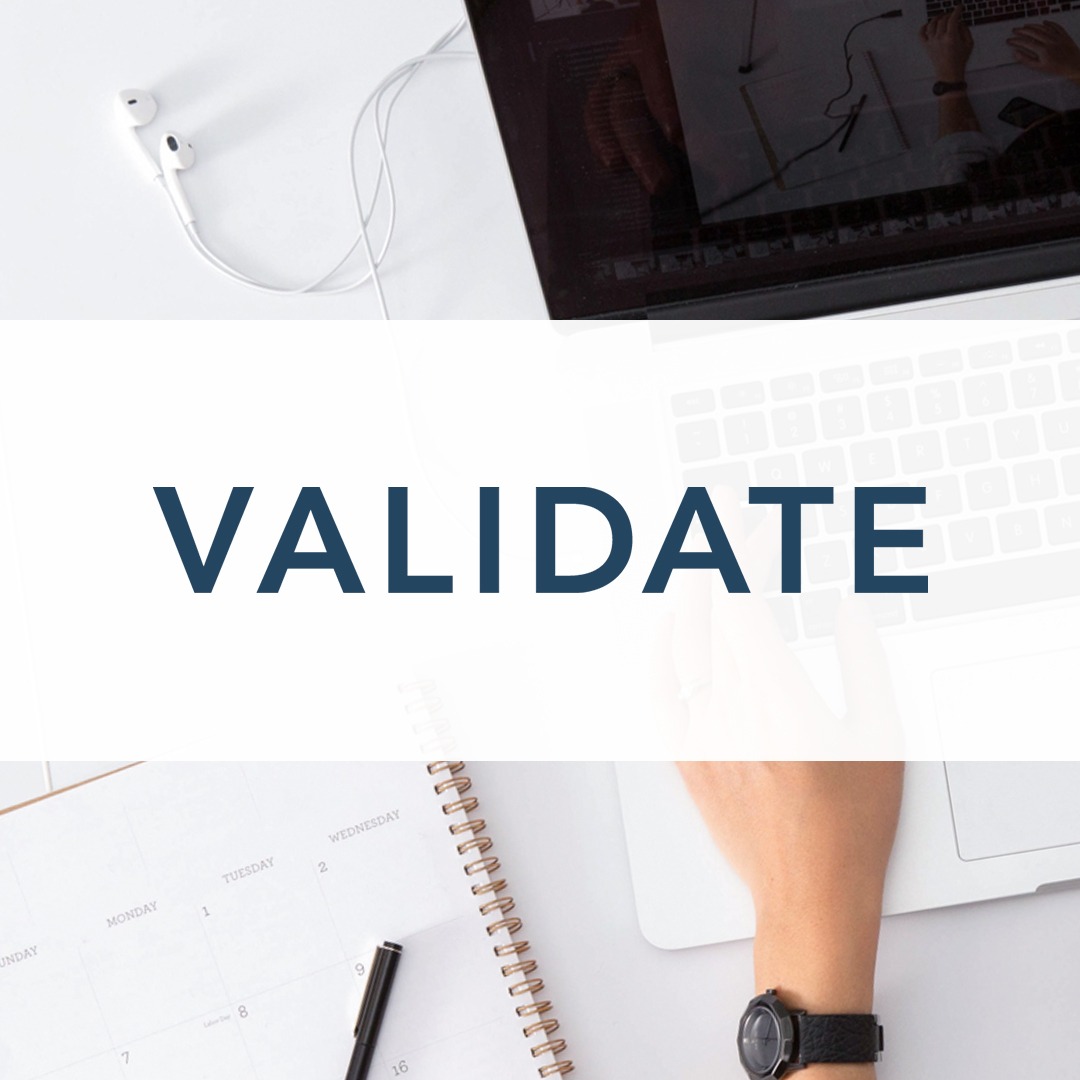 what idea will YOU validate?

Over the past few years, we've had hundreds of students complete VALIDATE to test drive their ideas, beta launch their products, and earn the first dollars with their businesses -- essential first steps for becoming a successful entrepreneur.

Will you be next? By spending the next 8 weeks validating your business idea, you can set yourself up for long-term success.